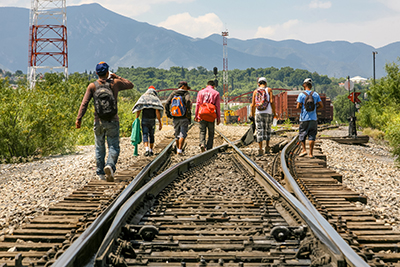 Irresponsible members of Congress and the administration who have been pressing President Biden to cancel Title 42 argued that the provision was never meant to serve as an immigration enforcement mechanism and that once the Centers for Disease Control (CDC) declared that COVID no longer posed a significant public health threat, it should be canceled.

Whether COVID still poses a public health threat is debatable. Even after announcing that Title 42 is to be canceled, the administration has kept in place many COVID-related restrictions on the American public, and even extended a moratorium on repayment of student loans through August 31 because of the ongoing effects of the COVID pandemic.

But even with a welcome reduction in hospitalization and deaths due to COVID, the pandemic is far from over. At the exact moment that the White House announced its intention to cancel Title 42, 28.5 million residents of Shanghai, China, were under a heavy-handed lockdown imposed by the Chinese Communist Party to prevent the further spread of a new strain of COVID in that city. Those with memories that extend back more than two years will recall that the original strain of COVID first emerged in Wuhan, China, in December 2019. Despite an equally onerous lockdown, the virus spread quickly around the world. By January 2020, the first case was reported in the United States and by March we were in the clutches of a full-blown health emergency.

Anyone, including policymakers in the Biden administration, who asserts that an unprecedented number of migrants pouring across the border, traveling in large groups and coming from countries where vaccination rates are low and infection rates are high does not pose a significant threat to public health in the United States, is deliberately endangering the well-being of the American people.

The public health threat posed by chaos at the border once Title 42 is lifted is not limited to new outbreaks of COVID. Other dangerous and communicable diseases are certain to enter the country, concealed in the bodies of migrants who cannot be adequately screened. Additionally, an even more chaotic border is an open invitation to criminal cartels that smuggle dangerous narcotics across the border. The CDC has declared that opioid addiction, particularly fentanyl, now constitutes a public health emergency having claimed the lives of more than 100,000 Americans last year. In President Biden’s first year in office, Customs and Border Patrol reported a 1,066 percent increase in fentanyl seizures in Texas alone.