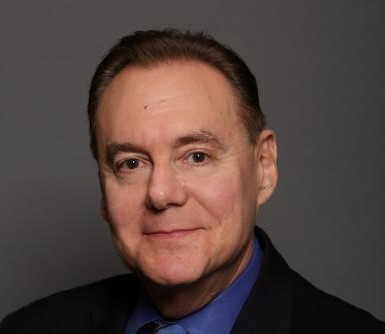 Daniel (Dan) Stein is an internationally known immigration policy expert and the President of the Federation for American Immigration Reform.

Dan has been a part of the Federation for American Immigration Reform (FAIR) since 1982, serving first as Press Secretary and beginning in 1988 as Executive Director.  Prior to his work at FAIR, Dan served as a Professional Staff Member on the U.S. House of Representatives Select Committee on Narcotics Abuse and Control for four years.  He became FAIR’s President in 2003.

Dan’s interest in immigration policy was begun by a lifelong interest in population and environmental policies as they relate to U.S. foreign policy and trade. Back in the late 1970s, Dan was particularly interested in the inter-relationship between population policy, drug production, crop substitution programs and officially encouraged out-migration in politically corrupt producing nations.  He is an attorney and advocate, and widely known for his effective advocacy of immigration policies that serve the American national interest and the world’s long range sustainability.

In his work on behalf of the Federation for American Immigration Reform, Dan has appeared on virtually every significant TV and radio/talk program in America, and been cited in the media as “America’s best known immigration reformer.” He has testified before Congress more than 50 times.  On behalf of FAIR, Dan’s writing has appeared in thousands of publications over the years as opinion pieces and scholarly articles.  He is also routinely quoted in major news outlets offering a range of immigration-policy-related positions of public interest. Many of his TV interviews can be found on FAIR’s channel on YouTube.

Through his career with FAIR, Dan has built a reputation as one of the leading figures in the national immigration debate.  He advocates policies that will prevent and deter illegal immigration, and ensure sustainable immigration levels at or near a generous 300,000 a year.  All of his public advocacy on the immigration issue reflects both the broad public consensus and the policies of the Federation for American Immigration Reform.

Editor and Author at FAIR website “The Dan Stein Report”

Admitted, U.S. Court of Appeals for the District of Columbia

Admitted U.S. Court of Appeals for the D.C. Circuit

Admitted, U.S. Court of Appeals for the 11th Circuit

A sample of Congressional hearings testimony

Before the U.S. House Committee on Administration, June 22, 2006

Before the U.S. House, Subcommittee on Immigration, Border Security and Claims, July 11, 2003

Before the U.S. Senate, Subcommittee on Immigration, May 3, 2001

If you want to understand Dan’s work, check out his videos on YouTube.  However, to clear up misinformation, we restate here that under Dan’s leadership, FAIR has stood firmly for these principles…

On the 1965 Hart-Cellar Immigration Amendments:  Dan Stein, in his role at FAIR, has been quite clear about our view of that law.  It was well intended and did fundamentally the right thing. It eliminated the vestiges of the old National Origins Quota System.  But in its place in installed an unmanageable per country allocation that contained unworkable extended family preferences.  FAIR has criticized, not the intent of the 1965 law, but its impracticability and its effect. We have sought to fix it, not end it.  Do not accept characterizations of FAIR positions or affiliations by those who are working on the other side of this volatile topic. They have an agenda.

Did Dan Stein say, in 1997, “immigrants don’t come all church-loving, freedom-loving, God-fearing…Many of them hate everything America; hate everything the United States stands for. Talk to some of these Central Americans ….”  The comment is taken out of context in response to a proposition that was false, and was part of a specific discussion about U.S. support for the Salvadoran government in the mid-1980s and early 90s. The few other comments that get cited to Dan from time-to-time by opposition groups are usually either out of context or simply wrong.

Under Dan’s leadership, FAIR has steadfastly opposed all preferences for and against immigration based on ethnicity, religion or race.  Representations by any website or opposing organization should not be believed or accepted as true. Immigration policy is emotional, challenging and difficult. It calls for both compassion and moral courage, as well as firmness and resolve in the face of practical challenges to the nation’s sovereignty and public welfare.  Smears and name-calling should have no place in the public square.