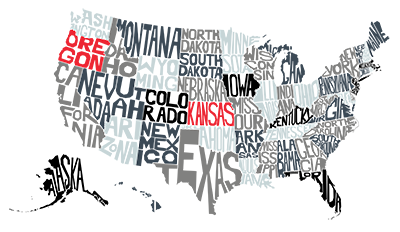 A lot of Democrats are beginning to distance themselves from President Biden’s disastrous immigration policies. According to recent polling, the president is deep underwater on immigration with only 35 percent of voters approving of his handling of the issue and 59 percent disapproving.

The latest to get the message is Kansas’ Democratic Governor Laura Kelly. In April, Gov. Kelly, who faces reelection this fall in a Republican-leaning state, signed House Bill 2717, legislation that bars local sanctuary policies. Most notably, under HB 2717 no local government in Kansas will be allowed to “enact, implement or enforce an ordinance, resolution, rule or policy that prohibits or in any way restricts” law enforcement cooperation with federal immigration authorities. The bill would make any such sanctuary policies null and void. The bill also prevents locally-issued ID cards from being recognized as valid for state purposes.

HB 2717 was c h a m p i o n e d by Republican Attorney General Derek Schmitt, her likely opponent in November. Admittedly, the legislation was approved by the Republican-controlled Kansas Legislature with a veto-proof majority, but Kelly’s decision to sign it followed on the heels of other high-profile Democrats publicly opposing President Biden’s decision to cancel Title 42. The legislation was enacted in response to sanctuary policies adopted by Kansas City, the state’s third largest city.

Oregon seems to be in a perpetual battle with California to see which can be the most accommodating to illegal aliens. While California is entertaining a bill to allow illegal aliens to become cops (see story on Page 4), Oregon has established an official state hotline that will allow illegal aliens to snitch on police, or anyone else, who does not abide by the state’s radical sanctuary policies. On April 1, Attorney General Ellen Rosenblum (D) announced the creation of a new so-called “Sanctuary Promise Hotline,” which was authorized by the state legislature in June 2021.