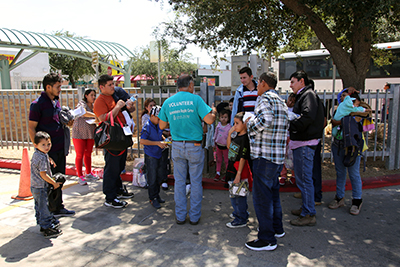 Filing frivolous, or even patently fraudulent, claims for political asylum is the engine driving a resurgent wave of illegal immigration. In the past, people attempting to enter the United States illegally did their best to elude Customs and Border Protection (CBP) agents as they crossed the border. Now, many are willingly surrendering to CBP as soon as they set foot on U.S. soil, or even seek out officers if they are not around when they enter.

To combat massive asylum fraud, the Trump administration established policies and agreements to deter people from abusing the asylum system. Among the notable steps taken by the previous administration were the Migrant Protection Protocols (MPP), also known as Remain in Mexico, and an agreement with Central American governments that required migrants to request asylum in the first safe country they arrived in after leaving their homelands. These and others were immediately canceled by the Biden administration.

But doing away with policies that effectively deterred a lot of asylum fraud was not enough for the Biden administration. Under a new rule issued by the Departments of Homeland Security (DHS) and Justice (DOJ), asylum claimants will no longer have to go before an immigration judge to determine if the claim being pursued has any merit. This initial step – which gets asylum claimants into the United

States – will now be handled by asylum officers who work for U.S. Citizenship and Immigration Services (USCIS). USCIS is part of DHS, which is run by Alejandro Mayorkas who, during the Obama administration pressured agency personnel to ignore evidence of fraud when determining petitions for immigration benefits.

“Today, the Department of Homeland Security (DHS) and Department of Justice (DOJ) are issuing a rule to improve and expedite processing of asylum claims made by noncitizens subject to expedited removal, ensuring that

those who are eligible for asylum are granted relief quickly, and those who are not are promptly removed,” Mayorkas and Attorney General Merrick Garland said in a statement on March 24. 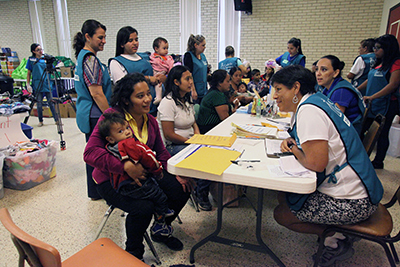 In reality, these changes are a thinly-veiled attempt to normalize the high number of illegal aliens surging across our southern border and mask the increased surge that the Biden administration anticipates will occur in response to the ending of Title 42.

The rule – like nearly every Biden administration policy change – does nothing to discourage illegal immigration, nor does it eliminate any incentive to make a fraudulent credible fear claim. Rather, the rule will simplify and weaken the credible fear review process and will result in a higher rate of aliens without adequate claims being granted asylum or receiving protection from removal. This will encourage more illegal immigration and fraudulent asylum claims, which is the Biden administration’s end goal.

Most of these fraudulent asylum claimants will never appear before an immigration judge because the real objective of the claim is just to make their way into the United State and disappear. Mayorkas and Garland are, of course, well aware that the vast majority of those being waived into the country are not valid asylum seekers, but see the new rule as a way to streamline the entry of illegal aliens and move them away from the border as expeditiously as possible.