Border Crisis Worsened in May, and the Worst May Be Yet to Come May continued this disturbing trend, as the Border Patrol apprehended 180,034 people entering along the southern border– the highest total recorded for any month in more than 20 years. The May 2021 apprehension numbers represent a 700 percent increase over May 2020, when the Border Patrol nabbed 23,237 at the southern border.

The apprehension figures, of course, represent only the people who were caught entering the country. The number of “got-aways” obviously cannot be tallied, but it is safe to assume that those figures would be equally as alarming. As Border Patrol manpower and resources are tied up with processing ever-increasing numbers of people who are apprehended at the border, and caring for unprecedented numbers of unaccompanied children, large sections of unsecured border (because the Biden administration has halted construction of the border wall) are easily exploited by untold numbers of people who enter and disappear into our country.

As dismal as the border situation has been throughout the spring, it may get a whole lot worse in the coming months. The last remaining tool available to the Border Patrol to limit illegal migration may soon be gone. The Biden administration has hinted broadly that Title 42 authority to return apprehended migrants across the border is on the chopping block and may soon be revoked. 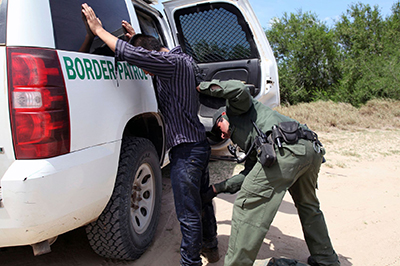 Title 42 was invoked by former President Trump in response to the COVID pandemic, allowing for the prompt removal of illegal entrants. Nearly two thirds of illegal migrants – mostly single adults – have been removed under Title 42 during the spring border surge. If the Biden administration carried through on its plan to cancel Title 42 authority, in spite of the emergence of new and deadlier strains of the COVID virus, there will be nothing left to deter illegal migration.

Of the 180,034 people apprehended at the southern border in May: