The Border Crisis has been the dominant immigration story since Joe Biden was sworn in on January 20th, 2021. However, the elimination of effective border enforcement tells only part of the story of the administration’s efforts to gut any meaningful control of illegal immigration.

In May, the Washington Post reported that Immigration and Customs Enforcement (ICE) officers are averaging just one arrest every two months. ICE is responsible for the enforcement of immigration laws in the interior of the country. With 6,000 agents deployed around the country, ICE is now on pace to arrest just 36,000 deportable aliens on an annual basis. 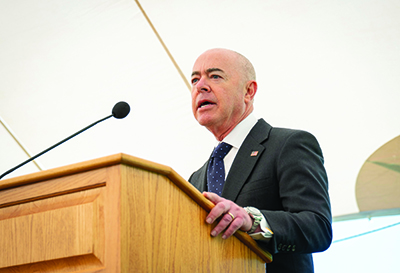 At the same time, the number of people being deported has slowed to a trickle. In April, ICE removed just 2,962 people – the lowest figure for any month on record. There are currently 1.2 million illegal aliens with final orders of deportation pending.

The Department of Homeland Security (DHS) vaguely explained the sharp decline in arrests and removals saying, “ICE has concentrated its limited law enforcement resources on threats to national security, border security, and public safety.” Under the rubric of “prioritization,” DHS is effectively defying a court order barring the Biden administration from carrying out a presidential order to halt all deportations for at least the first 100 days of his administration.

Under directives issued by DHS Secretary Alejandro Mayorkas, every arrest carried out by ICE agents in the field must be run up the chain of command for approval. Even arrests of criminal aliens in the custody of state and local law enforcement must be approved by senior level bureaucrats. These intentional efforts to stymie any meaningful enforcement of U.S. immigration laws are among the reasons that FAIR has called for the resignation or removal of Mayorkas as DHS secretary.

The shackles placed on ICE agents are a clear message to migrants and to illegal aliens already here that our laws will not be enforced, says Ron Vitiello, who was acting director of ICE under President Trump. “That’s part of a signal being sent — that immigration enforcement isn’t a priority for this team. The odds of being arrested just for being in the country illegally were always extremely low, and now they’ve basically ruled it out by policy,” stated Vitiello.

The growing body of evidence that DHS is willfully undermining the laws it is tasked with enforcing is fueling a FAIR-led effort to oust Mayorkas from his post. In May, FAIR charged that the secretary was defying his oath of office “to defend and secure our country.” In June, FAIR led a rally in the border community of Sierra Vista, Arizona, demanding Mayorkas’ removal. The rally was attended by sheriffs from around the country and citizens’ groups concerned about increasing immigration lawlessness. (FAIR will report details of this border rally in subsequent editions of the newsletter.)

While responsibility for the evisceration of border and immigration enforcement ultimately rests with President Biden, Mayorkas has been a key player in both this administration and the Obama administration in shaping and directing these damaging policies.