In an important victory for Marylanders and common sense, Gov. Larry Hogan (R) vetoed two bills passed by the state legislature that would make Maryland a sanctuary state. The first, HB 23, requires state and local agencies and contractors to deny federal agencies access to “personal information” and facial recognition searches for the purpose of immigration enforcement unless they have been provided with a judicial warrant or other court order. According to the Maryland Department of Transportation, the bill would have harmed security at the state’s sea and airports.

The second bill, HB 16, the “Dignity Not Detention Act,” was initially solely a ban on immigration detention contracts. However, on the last day of the legislative session, it was amended with language from the proposed “Trust Act” making Maryland a sanctuary state if the legislature overrides the veto. The legislation would bar all inquiries by state officials about immigration status and ban all private detention facilities.

The Legislature will still have an opportunity to override the governor’s vetoes, but it would require a special session of the Legislature, or would have to wait for the next session which begins in January 2022. 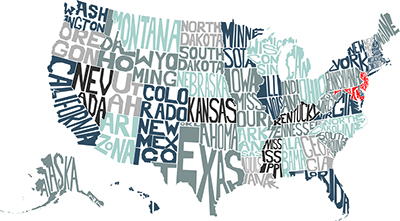 Like Maryland, New Jersey lawmakers want to bar private immigration detention facilities from the state. SB 3361 and its companion bill, AB 5207, not only prohibit new detention contracts, but bans extending or renewing current ones, which would eventually end all of them statewide. Only two such facilities remain in the Garden State. The bills were approved by committees in their respective houses. However, SB 3361 was referred to a second committee which must approve it before it receives a final vote. Indicative of the fact that these bills are not popular with the public, it would not be surprising for the legislature to wait until after elections in November (when Gov. Phil Murphy faces reelection) and then pass the bills in the lame duck session, a common practice with controversial bills in the Garden State.