On the eve of Vice President Kamala Harris’ trip to Guatemala and Mexico, a visit designed to convince the American public that the administration is trying to address the border crisis, the Department of Homeland Security (DHS) announced that the U.S. was officially withdrawing from the Migrant Protection Protocols (MPP). The MPP, also known as the “Remain in Mexico” policy, was implemented by the Trump administration in response to the 2019 border crisis.

Under the MPP, migrants seeking asylum in the United States were required to wait in Mexico until an initial hearing on their claims could be scheduled to determine whether there was a legitimate claim to pursue. The MPP discouraged people with fraudulent asylum claims from showing up at the border, knowing that they would not be allowed to enter the United States where, in most cases, they simply disappeared. Not surprisingly, with the incentive to defraud our political asylum system removed, the numbers of migrants attempting to enter the United States illegally plummeted after the MPP was implemented. 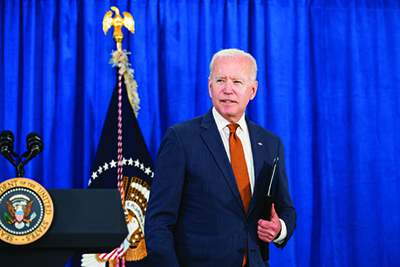 In one of his first acts as president, Joe Biden suspended the MPP. The immediate result was the unprecedented surge of migration the country is now dealing with. Nevertheless, in early June, the Biden administration unilaterally opted to permanently scrap this agreement with Mexico, thereby surrendering the most effective policy available to curtail mass illegal immigration.

At the same time that DHS announced the official termination of MPP, the department also hinted broadly that Title 42 authority to summarily remove illegal border crossers in response to the COVID pandemic may also be on the chopping block. Title 42 is a 1940s provision invoked by the Trump administration to protect public health during the pandemic. Under Title 42, DHS returned 62.5 percent of the people apprehended at the border in April immediately to Mexico – or about 110,000 people.

As of completion of this edition of the FAIR newsletter, no final determination had been made about Title 42, despite the emergence of new and deadlier strains of COVID around the globe.