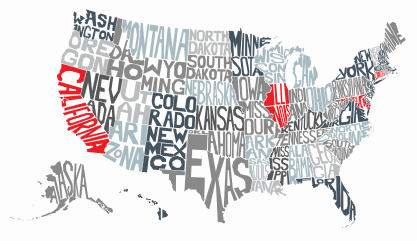 California, predictably, was first out of the gate to provide disaster relief assistance to illegal aliens who were not eligible for stimulus checks under the federal CARES Act. It also holds the distinction of being the first to exhaust the funds earmarked for illegal aliens. The state, which faces a $54.3 billion budget deficit, allocated $75 million to aid illegal aliens, while private sources kicked in an additional $50 million. Some 2.5 million people applied for funding of up to $1,000 per family, that Gov. Gavin Newsom had intended to assist 150,000 illegal aliens who lost jobs (they were holding illegally) due to the COVID-19 crisis. Of course, since there is no real way of verifying who applied for the relief and the basis of their claims, how much of the $125 actually reached the intended beneficiaries is anybody’s guess.

Connecticut is facing a $620 million budget shortfall in the coming year, but that has not stopped Gov. Ned Lamont and the Legislature from setting aside $2.5 million they don’t have to provide assistance to illegal aliens who have lost jobs. Like California, Connecticut is soliciting private funds to augment the state funding. As of early June, the state’s unemployment rate stood at 18 percent, one of the highest in the nation. Illegal alien beneficiaries will be eligible for debit cards with the amounts set based on family size and other factors.

Montgomery County, which has already shown that it would rather put violent sexual predators back on the streets than hand them over to federal immigration authorities, has also decided it would be a good idea to provide disaster relief checks to illegal aliens. The county, with a population of just over one million, earmarked $10 million for that purpose — an amount, which on a per capita basis, is exponentially larger than what the entire states of California and Connecticut are handing out. Fortunately, in Montgomery County, the public interest law group, Judicial Watch, filed a lawsuit on behalf of two county residents. In early June, a U.S. District Court ordered the county to halt distribution of relief payments to illegal aliens. Under federal law, local jurisdictions may not provide benefits to illegal aliens without approval of the state legislature, which the Maryland Legislature has not done. At the time the injunction was issued, the county had already distributed a little over $1 million to 950 illegal alien families.

Illinois lawmakers may be staring down a $7 billion hole in the state budget, but that did not keep legislators from slipping a very expensive health care provision for illegal aliens into the 465-page budget that was approved. Illegal aliens over the age of 65, with incomes of less than $12,670, will be covered under Illinois’ Medicaid program. Chicago State Rep. Delia Ramirez, who championed that provision, argued that Medicaid coverage for elderly illegal aliens was no big deal because it is estimated to cost only $2 million a year, which is “nothing to a $2 billion Medicaid bill.” No doubt, Illinois taxpayers are reassured that the folks writing the state budget consider $2 million to be “nothing.”