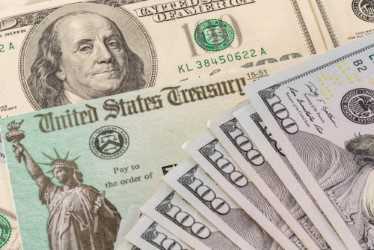 The Democratic-controlled House of Representatives approved a $3 trillion economic stimulus bill that includes massive benefits for illegal aliens and de facto amnesty for an untold number of illegal aliens. The Health and Economic Recovery Omnibus Emergency Solutions (HEROES) Act passed 208-199 along party lines on May 15.

The Democratic leadership had come under fire from its far left base for agreeing to the $2.2 trillion CARES Act relief package that was enacted in March. That stimulus bill excluded illegal aliens from receiving direct cash benefits by limiting payments to those who filed tax returns using Social Security numbers. House Speaker Nancy Pelosi and a small cadre of allies worked behind closed doors to craft a bill that makes amends for leaving illegal aliens out of the CARES Act. And, boy did they ever!

Among the benefits available to illegal aliens in the HEROES Act:

CASH PAYMENTS FROM THE GOVERNMENT

Under the HEROES Act, people who filed tax returns using Individual Taxpayer Identification Numbers (ITINs) would not only be eligible for the next round of stimulus payments, but would be able to claim benefits under the CARES Act retroactively. Those retroactive payments would amount to $1,200 per adult and an additional $500 for each child in the household under the age of 17. (An Inspector General report found widespread fraud on the part of ITIN tax filers who were claiming Additional Child Tax Credits on their returns. In some cases the children were fictitious, were not the filers’ actual children, or lived outside the United States.)

The Act requires U.S. Citizenship and Immigration Services (USCIS) to review the files of all immigrants in detention and release those who are not deemed to be a public safety or national security risk. It would also preclude newly arriving illegal aliens from being held in detention, unless they are known to be serious criminals or terrorists.

The bill does not specify how long this temporary halt to removal would last, nor does it clearly define what an essential worker is. We know from past experience that “temporary” stays of removal are anything but temporary. The Trump administration’s efforts to discontinue Temporary Protected Status designations for people from countries where there is no longer an imminent crisis have been stalled in the courts. Likewise, the president’s decision to terminate the Obama policy of Deferred Action for Childhood Arrivals has faced lawsuits and judicially imposed roadblocks. The term “essential workers” is so loosely defined so that it could include not just health care workers on the frontlines of the battle against COVID-19, but anyone even working in industries tangentially related to health care, agriculture, or sanitation.

The HEROES Act was largely a political gesture on the part of the Democratic leadership in an election year. There is virtually no chance that it will be taken up by the Senate, much less passed by that body, and even less chance of it being signed by the president. The bill does, however, provide a glimpse of what the Democratic leadership will advance if they regain control of the Senate and the White House in November.