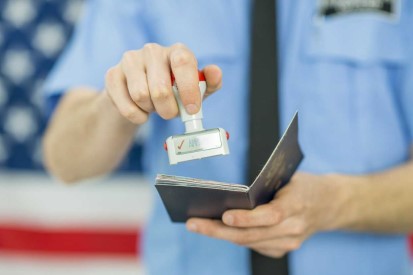 When President Trump announced that he was going to issue an Executive Order in April to reduce the influx of new immigrants and guestworkers during the COVID-19 crisis, he asserted that his goal was to protect the interests of American workers at a time of soaring unemployment, and to ensure that as the economy reopens, laid-off American workers would be first in line to reclaim lost jobs. It didn’t quite work out that way. Bowing to intense pressure from business interests, the Executive Order signed by the president left most immigration and guestworker programs intact, and resulted in only minimal reductions in the overall influx.

The Order left open the possibility for the president to review the situation after 50 days and to make further revisions. However, the same business interest groups continued to pressure the White House to maintain high levels of immigration and guestworker admissions, notwithstanding the loss of some 40 million American jobs. As the president considered further immigration policy steps in response to the public health and economic crises, FAIR commissioned polls in 10 swing states that will likely determine the outcome of the 2020 presidential election and control of Congress in 2021 to assess voter sentiments about possible changes in immigration policy during this period of crisis.

The polling of likely voters was conducted by the national opinion research firm, Zogby Analytics, on June 10 and 11. The states polled were: Arizona, Florida, Georgia, Maine, Michigan, Minnesota, North Carolina, Ohio, Pennsylvania, and Wisconsin. In all ten states, the polling revealed broad voter support for reductions in immigration in the face of massive layoffs resulting from the COVID-19 crisis. The polling was conducted on behalf of the Federation for American Immigration Reform (FAIR). 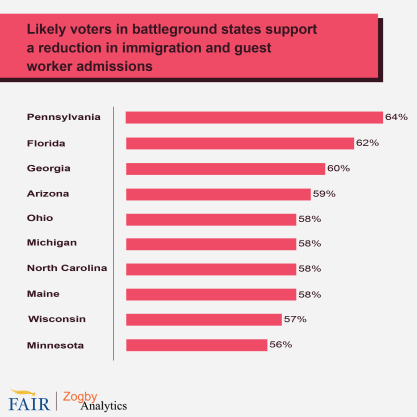 Among the key findings of voters in these 10 battleground state were:

The polls leave little doubt that voters understand that continued high levels of immigration and largescale admission of guestworkers undermine the interests of American workers at a time when they are particularly vulnerable. The results also underscore the fact that voters believe that immigration policies and admissions should reflect the real-world conditions that exist. At a time of high unemployment, and as a worldwide pandemic threatens public health and further economic devastation, that means sharp reductions in new admissions.

The results of the polls were disseminated widely with policymakers and in the media. 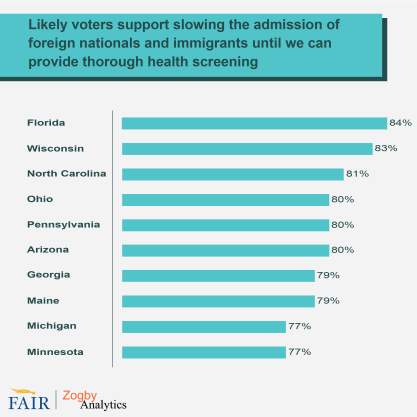