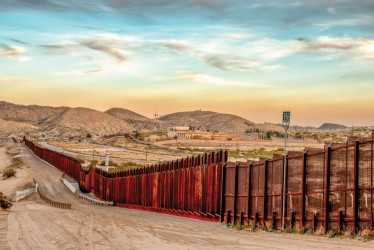 Good news is hard to come by these days, but one piece of promising news indicates that the number of illegal aliens living in the United States is declining. Speaking to a Heritage Foundation webinar in June, Acting DHS Deputy Secretary Ken Cuccinelli stated,

“I think we’ve probably reached a point in the last few months where we’re deporting more illegals than are coming into the country.”

Cuccinelli pointed to the April apprehension numbers, which show less than 17,000 illegal aliens were caught entering the country illegally between ports of entry, and the administration’s ongoing efforts to expedite the removal of deportable aliens – mainly those with criminal records — who have successfully entered the country.

This development is a remarkable turnaround from just a year earlier. In May 2019, some 144,000 illegal aliens were apprehended entering the country illegally, most with the intent of exploiting loopholes in our political asylum laws and judicial rulings that make it difficult to detain adults who entered in the company of minors.

Since that time, the administration has taken several steps to deter these mass incursions. The administration adopted the Migrant Protection Protocols (MPP), which require migrants wishing to claim political asylum in the United States after transiting through Mexico to remain on the other side of the border while awaiting a hearing on their claim. Additionally, the administration adopted policies that prevent migrants who have passed through one or more safe countries before reaching the border from seeking asylum in this country. The administration has also worked with the Mexican government to prevent migrants who are bound for the United States from entering and traveling across Mexico illegally. These measures worked. By February, apprehensions had dropped to fewer than 37,000.

The much less welcome factor, COVID-19, pushed the numbers even lower. More stringent border enforcement measures were instituted in response to the health crisis (much like other countries adopted). In addition, international air travel was greatly curtailed, meaning that fewer people intent on overstaying their visas entered the country. At the same time, ICE stepped up removals of deportable aliens, in part to prevent the spread of COVID-19 in detention facilities. Another unwelcome result of the COVID-19 crisis were widespread economic shutdowns and massive layoffs, effectively eliminating the primary reason for illegal immigration and asylum abuse: the availability of jobs.

Even after the COVID-19 pandemic and the unemployment crisis are behind us, the model of deterrence and enforcement that have been implemented successfully in the past year can continue to keep illegal immigration numbers low. These are steps that FAIR has advocated for years and can be augmented with continued construction of secure border fencing, and mandatory E-Verify checks and meaningful enforcement against employers who hire illegal aliens.