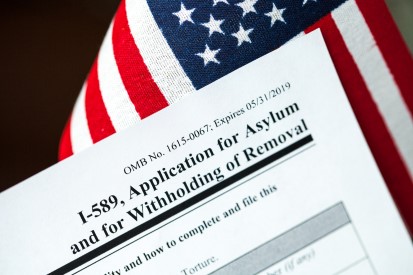 The 2019 surge of illegal immigration exposed just how vulnerable U.S. asylum policies are to massive fraud. Hundreds of thousands of new illegal aliens poured across our borders, joining hundreds of thousands of others already here, knowing that any political asylum claim, no matter how specious, must be adjudicated. In nearly all cases, asylum seekers are released from custody pending a hearing on their case that could be years in the future.

In June, the Trump administration took steps to end this abuse and, at the same time, provide swifter adjudication of cases that have merit. The Department of Justice (DOJ) and the Department of Homeland Security (DHS) proposed new rules that would, “create more efficient procedures for the adjudication of claims for asylum, withholding of removal, and protection under the Convention Against Torture (CAT).”

These proposed rules would make a number of important changes to the asylum adjudication process.

These proposed rule changes essentially provide a checklist for would-be asylum seekers to get a better sense of whether they qualify for protection. The clearer guidelines would also assure greater consistency in the outcome of rulings among various adjudicators. In 2019, about 70 percent of asylum requests were denied — most because they had no merit. In the meantime, those with legitimate claims would have their cases resolved in a more timely fashion.

Allowing the patently frivolous and fraudulent asylum claims to be summarily dismissed would not only discourage people from filing such claims in the first place, but in many cases deter them from making hazardous journeys to reach the United States. Similar rules were implemented by the Clinton administration in the United States to deter a wave of fraudulent asylum seekers who were arriving by air.

Humanitarian policies, like political asylum, exist to protect people who face true persecution at the hands of their own governments. The rule changes proposed by DOJ and DHS would ensure that the United States lives up to its moral and international obligation to protect those who are being politically persecuted, while preserving the integrity of our asylum policies and ending widespread abuse.