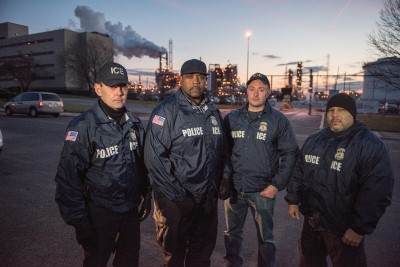 President Trump sent a strong message in his State of the Union Address that his patience is wearing thin with the increasing number and the increasing audacity of state and local sanctuary policies. Within a few days of his address to Congress and the nation, his administration began to make it clear that defying and impeding federal immigration enforcement will come with a price.

On February 10, U.S. Attorney General William Barr announced that the Department of Justice is bringing lawsuits against the state of New Jersey and King County, Washington, for their obstruction of federal immigration enforcement efforts. These lawsuits follow on the heels of a suit filed against California for its efforts to prevent Immigration and Customs Enforcement (ICE) from contracting detention space with private companies.

New Jersey law drastically constrains the information law enforcement bureaus within the state are permitted to share with ICE. That law, like many of the more than 500 similar sanctuary laws and policies in place around the country, clearly violates federal law. Federal law, defined in 8 U.S. Code § 1373, states that, “Notwithstanding any other provision of Federal, State, or local law, a Federal, State, or local government entity or official may not prohibit, or in any way restrict, any government entity or official from sending to, or receiving from, [federal immigration authorities] regarding the citizenship or immigration status, lawful or unlawful, of any individual.”

King County, Washington, which includes Seattle, the state’s largest city (and its staunchest sanctuary jurisdiction), is being sued because it has banned ICE from using a county-run airport to fly deportable aliens back to their countries of origin. The King County airport is located a short drive from a major detention facility in Tacoma, where ICE houses aliens scheduled for deportation. Aside from impeding ICE’s enforcement efforts and incurring additional costs associated with having to bus deportees 150 miles to an airport in Yakima, King County’s policy violates an explicit agreement with the federal government. The federal government deeded the airport to the county in the 1940s with the stipulation that it would continue to provide service for federal agencies.

“Unfortunately, in various jurisdictions, so-called progressive politicians are jeopardizing the public’s safety by putting the interests of criminal aliens before those of law-abiding citizens…Their express purpose is to shelter aliens whom local law enforcement has already arrested for other crimes.  This is neither lawful nor sensible,” Barr said in an address to the National Sheriffs’ Association. Sheriffs, who are elected directly by the people they serve, have been at the vanguard of law enforcement resistance to sanctuary policies. Many work closely with FAIR to promote closer local-federal cooperation in the area of immigration enforcement.

In the New Jersey lawsuit, the Justice Department is seeking a judicial ruling that will compel local governments to turn over information requested by ICE. Such a ruling would be consistent with the statutory language of 8 U.S. Code § 1373 and would be applicable to other jurisdictions that similarly refuse to cooperate.