UPDATE: Due to the rapid economic changes resulting from the COVID-19 global pandemic, this campaign has been modified to call on American companies to hire and rehire American workers after the crisis has passed. With so many American citizens now facing layoffs and unemployment, this is no time for companies to be hiring foreign workers. Now more than ever, corporate America must #reinvestinUS. 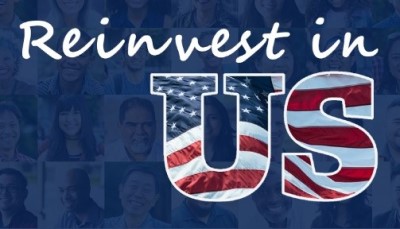 Despite a growing economy and a falling unemployment rate, there are still thousands of Americans looking for an opportunity to put their talents to use. Unfortunately, many well-known companies are leaving them on the sidelines as they choose to hire foreign workers through the H-1B visa program. That cannot stand, so FAIR is standing up for them with a massive digital advertising campaign.

The digital campaign will run for the next six weeks on Twitter and will target those U.S. companies who are growing reliant upon the H-1B program for their hiring needs. FAIR has highlighted some of the major companies, including Microsoft, Nike, Netflix, Uber and Starbucks, who are pushing hard to increase visa caps because it benefits their bottom line and not the American worker. For example, we reported recently that Uber fired more than 1,000 employees over a ten-week period, but simultaneously was doubling the number of H-1B visa workers it was hiring for management, marketing, and tech positions. In FY19, Uber had over 1,160 initial and continuing H-1B approvals.

Uber is not alone. In fact, Microsoft too laid off 18,000 U.S. employees in 2014 while also pushing for more H-1B visa workers. Their preference for foreign workers, however, has not impeded their ability to keep landing top government contracts. In October 2019, the U.S. Department of Defense picked Microsoft for a JEDI cloud computing contract worth $10 billion.

Many of these companies have a significant social media presence and use that presence to communicate with and influence their customers. So, what better way to get the message across to them – and millions of their followers on Twitter – that abusing the visa process to get cheap foreign labor is not okay with the American public? FAIR will not stand by while the American middle class is ignored or sold out by self-interested companies. We will continue to stand up and speak out – wherever we can – on behalf of the American worker.