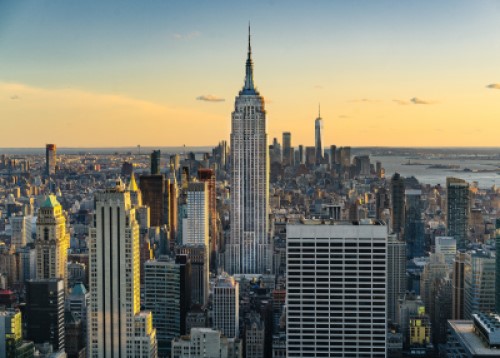 New York is not the first state to grant driver’s licenses to illegal aliens, nor is it particularly surprising that the Empire State joined the list of states that do so. But provisions built into the law aimed at protecting illegal aliens who apply for licenses are so radical that ordinary New Yorkers will face significant inconveniences as a result. In addition to rewarding illegal aliens with licenses, the so-called Green Light law bars federal agencies from gaining access to information stored in the state’s DMV records. The law even goes so far as to prevent ICE from accessing license plate data that might assist them in tracking down criminal aliens on their own. It will make it more difficult for New Yorkers to ship vehicles abroad because federal authorities will not be able to verify registration information.

In February, the Department of Homeland Security (DHS) announced that it will bar New Yorkers from enrollment and reenrollment in trusted travel programs like Global Entry, and the Nexus program that many upstate residents use to facilitate easy travel back and forth across the Canadian border.

While random acts of violence perpetrated by criminal aliens that New York laws put back on the street have failed to rally fierce public protest (precisely because they are random and no one expects that it will happen to them), the certainty of greater inconvenience every time a New York resident attempts to board a flight or cross the border seems to have done the trick. Gov. Cuomo, feeling the heat, immediately sought a meeting with fellow Queens native, President Trump.

In advance of the meeting, Cuomo offered a token concession, agreeing to allow federal immigration authorities limited access to New York DMV records if DHS would agree to reverse its policy barring New Yorkers from participating in federal travel programs. By “limited,” the governor meant access to the DMV records of law abiding New Yorkers who apply for one of the trusted traveler programs. “If they think they’re going to extort New York into giving them a database of undocumented people, they’re wrong. I will never do that,” vowed Cuomo.

Cuomo also protested that DHS’s edict affecting New Yorkers is political payback for numerous state and local policies that impede immigration enforcement. “I want to make sure the president knows that his Department of Homeland Security is extorting other governments,” Cuomo charged. Without even a hint of acknowledgement of how New York’s sanctuary policies subvert public interests and endanger public safety, Cuomo continued, “They’re hurting hundreds of thousands of people who get kicked out of this trusted traveler program…Why would you jeopardize homeland security, hurt people gratuitously just to play politics?”