The U.S. Supreme Court removed major roadblocks to the Trump administration’s efforts to enforce centuries-old laws designed to prevent people who are likely to rely on public benefit programs to meet their basic needs from entering the country or receiving green cards. By a 5-4 margin, in late January, the high court lifted lower court injunctions that prevented the administration from implementing its so-called “Public Charge Rule” anywhere in the country.

Bars against the admission of immigrants who are likely to become public charges date back to our colonial period and have been formally codified in law since 1882. These laws, intended to protect the interests of American taxpayers, have been periodically reaffirmed by Congress – most recently in major immigration legislation enacted in 1996. However, while the intent of Congress was clear in 1996, the Clinton administration promulgated rules that defined welfare dependence as reliance on only a handful of government assistance programs. 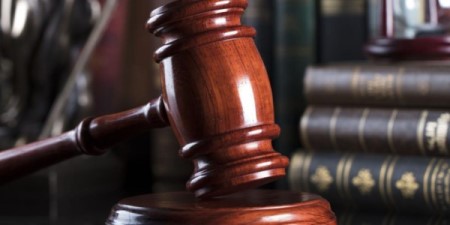 The Trump policy, uneiled in 2018, seeks to apply a more realistic definition of what it means to be a public charge. Prospective immigrants who are deemed likely to rely on expensive public assistance programs like Medicaid, food stamps, housing assistance, and similar programs could be denied green cards. The financial ability of sponsors to provide for those they have petitioned to bring to the United States would also factor into deciding whether or not a potential migrant is likely to become a public charge.

Enforcement of the public charge rule could have significant benefit to American taxpayers. Due to our ill-conceived family chain migration policies – which admit the bulk of legal immigrants based on having relatives in the U.S. rather than on objective criteria such as education and job skills – about two-thirds of all immigrant-headed households depend on at least one form of public welfare. In the absence of congressional action to revamp our legal immigration process and adopt merit-based admission criteria, the administration’s executive action should provide some measure of relief to American taxpayers.

Even before the Supreme Court cleared the way for the Public Charge Rule to be implemented, the administration stepped up efforts to screen out green card and visa applicants who are likely to be heavily dependent on government assistance programs. In 2019, the State Department denied more than 12,000 visa applications on public charge grounds, compared with just 1,033 such denials in FY 2016 under the Obama administration. The Kaiser Family Foundation estimates that about 27 percent of current green card applications could be rejected under the administration’s new rule.

The Supreme Court’s January decision did not rule on the merits of the multiple lawsuits challenging the constitutionality of the Public Charge Rule. It merely removed the nationwide injunctions issued by lower court judges, permitting the administration to implement the rule while the lower courts rule on the merits of the challenges. Those lower court rulings are still pending and will almost certainly be appealed before federal circuit courts, and possibly before the Supreme Court.