Decades of family chain legal immigration and large-scale illegal immigration are taking their toll on government budgets, American workers, and U.S. taxpayers, finds a report by the Congressional Budget Office (CBO). The nonpartisan agency working with- in the Legislative Branch does not make policy recommendations, but it does analyze the impact of laws and policies on the federal budget. 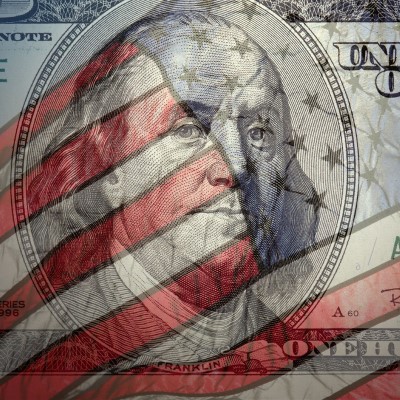 The report confirms FAIR’s long-held position that an immigration policy that is dominated by endless chains of extended family migrants that are broken up as a result of immigration is not only pointless (each extended family that is reunited breaks up other ex- tended families), it is also harmful to the nation. At a point in history where education and job skills are essential to financial success in the United States, the CBO analysis finds that immigrants living in the United States are disproportionally under-educated and low-skilled.

Predictably, adults who have not completed high school will be relegated to the bottom rungs of the economic ladder, and they (and their children) will likely be dependent upon a range of means-tested government programs. At the federal level alone, le- gal immigrants are eligible for expensive benefit programs such as, Medicare, Medicaid, refund- able tax credits, Obamacare subsidies, Supplemental Security Income, and SNAP (food stamps), to name a few. And these do not include state and local bene- fit programs, where most of the costs are incurred. Moreover, many illegal aliens benefit from these pro- grams as well through their U.S.-born children.

While the general taxpaying public must foot the bill for ill-conceived immigration policies, the CBO notes that there are more direct losers. The most vulnerable of our native-born population – namely similarly skilled Americans workers – are hurt the most. “Consequently, immigration has exerted down- ward pressure on the wages of relatively low-skilled workers who are already in the country, regardless of their birthplace,” concludes the CBO. Anyone who follows the immigration issue closely already knows this, but the generally impartial CBO confirming these conclusions will make it more difficult for apologists for the status quo to dispute these conclusions.

CBO also dismisses as a half-truth one of the most common defenses of current immigration policies, that immigration expands our GDP. “Immigration, whether legal or illegal, expands the labor force and changes its composition, leading to increases in total economic output—though not necessarily to increases in output per capita.” A growing GDP and a growing per capita GDP are not the same thing, no matter how hard advocates for the current policies try to blur that important distinction.

FAIR has long supported reforming our immigration policies to make them leaner and more merit-based. To that end, FAIR is supporting the Reforming American Immigration for Strong Employment (RAISE) Act, S. 354, sponsored by Senators Tom Cotton (R-Ark.) and David Perdue (R-Ga.). The RAISE Act would prioritize the admission of immigrants whose skills are most in demand. In doing so, it is projected to cut immigration admissions – bloated by growing back- logs of extended family members – by about half. The bill would also prioritize admission of nuclear family members, i.e. spouses and unmarried minor children, and eliminate immigration entitlements for more distant relatives.

The hyper-partisan atmosphere of Washington and entrenched special interests that benefit from our failed immigration policies have stymied consideration of the RAISE Act. However, the findings of the CBO reopen the case for a merit-based overhaul of our immigration policy – if not in this session of Congress, than the next.