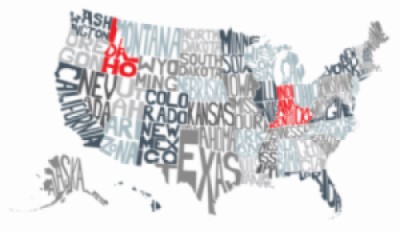 A low bill number generally indicates high priority. If that rule holds true, the highest priority for the Kentucky State Senate in 2020 is passage of a bill that would out- law sanctuary jurisdictions in the state. Senate Bill 1 (SB 1), from Sen. Danny Carroll (R-Paducah) bans any policy by police or public agencies (including public colleges and universities) that are aimed at protecting illegal aliens in the state. It also requires al- most all public employees in the state to use “their best efforts” to support enforcement of federal immigration law. In addition to its priority number, SB 1 enjoys the backing of Senate President Robert Stivers who stated publicly that it is receiving top priori- ty because it addresses the threat of illegal aliens engaging in drug trafficking and draining public resources. Stivers noted that the presence of Mexican drug cartels in Kentucky poses an imminent threat to public safety. Even absent of other criminal behavior by illegal aliens, Stivers assert- ed the public interest in banning sanctuary policies. “There are individuals coming into our country that are using our resources, our educational systems and our health care systems that are not contributing in any way,” Stivers said. “So how do we deprive our citizens and individuals who have immigrated here legally … for people who have not followed the law and on many occasions are illegal to the extent that they are breaking the law and helping in the trafficking of drugs?” Louisville, Kentucky’s largest city, though not officially a sanctuary city, bears all the hallmarks of one. There is no word at this point about whether Kentucky’s newly-elected Democratic governor, Andy Beshear, would sign the bill should it be approved by both houses of the Legislature.

Idaho may be a deep Red State, but it is also one where cheap labor agriculture interests wield enormous influence in state politics. Responding to pressure from these agricultural interests, Republican State Senator Jim Guthrie has introduced legislation to grant driver’s licenses to illegal aliens. Guthrie justified his bill as a nod to pragmatism, citing what he claims is a shortage of agricultural workers and the imperative to ensure road safety. Of course, better wages and enforcement of existing motor vehicle codes might also do the trick, but those are less desirable to Big Agriculture. The bill has the enthusiastic support of the Idaho Dairyman’s Association, which is taking a lead role on promoting it. The association’s president, Bob Naerebout, said, “We’re very pleased (Guthrie) is working on it, and we’re pleased he’s included us.” Naerebout also said that his organization is working to ensure that there is language in the bill that gives illegal aliens the assurance that none of the information they provide to the DMV will be shared with federal immigration enforcement agencies. Sanctuary state, anyone?

Legislation to grant driver’s li- censes to illegal aliens is also on the agenda of the Indiana Legislature. State Rep. Chris Campbell (D-West Lafayette) has introduced a 77- page bill that would allow illegal aliens to be licensed to drive. Like similar laws and legislation in other states, Rep. Campbell justifies her bill as being beneficial to the economy and a road safety issue. “This bill was brought to me by community members. As a legislator, it is up to me to represent my community,” she said, without explicitly mentioning who the “community” is that she is representing. Moreover, since it does not require 77 pages of legislative language just to grant illegal aliens permission to drive, one can reasonably assume that it also includes a lot of other protections for illegal aliens.