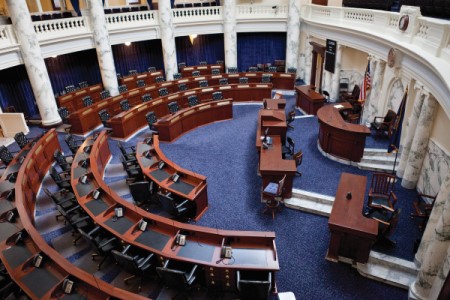 Just as new data reveal that the benefits of a tight labor market are beginning to trickle down in the form of rising wages for the workers who need it most, Congress abdicated its responsibility for limiting the number of low-skilled foreign guest workers to the Executive  Branch. A provision of the Further Consolidated Appropriations Act, HR 1865, the bill passed by Congress in December to fund the federal government for the remainder of the fiscal year, grants the Department of Homeland Security (DHS) the discretionary authority to double the number of H-2B visas it issues.

The official cap of H-2B visas for low-skilled nonagricultural guest workers is 69,000 a year. However, under a provision that was first implemented (at the behest of business interests) in 2017, DHS has the ability to essentially double that cap. If history is any guide, DHS will exercise much of that discretion. In FY 2019, DHS used the discretion afforded to them to issue about 30,000 additional visas above the technical cap.

With the appointment of Chad Wolf, who formerly worked as a lobbyist for businesses pushing for increased access to higher skilled H-1B guest workers, as acting secretary of DHS there is someone at the helm of the department who is likely to be more sympathetic to the demands of business than to American workers. Absent a directive from the White House not to exceed the H-2B cap, it is reasonable to assume that the technical cap on H-2B visas will be exceeded once again in FY 2020. No such directive from the Oval Office has been issued by the president in previous years.

FAIR has firmly supported reductions in guest workers, and even the elimination of certain programs. In a letter to Acting Secretary Wolf, FAIR’s president Dan Stein reminded him of the adverse impact that loosely regulated guest worker programs have on U.S. workers. “Since President Trump took office in January 2017, Congress has repeatedly given the Secretary of the Department of Homeland Security (DHS) the authority to raise the H-2B cap. Each time, former Secretaries John Kelly, Kirstjen Nielsen, and Kevin McAleenan did so. FAIR values the primacy of the American worker, and stands for the proposition that the H-2B program – like all guest worker programs – should only be a last resort labor option when it’s proven that no local workers are available,” wrote Stein. “We urge you to remember that Congress capped the H-2B program for a reason, and your discretion should be rigorously defended as grounded in actual labor force needs.”

The excessive issuance of guest worker visas, regardless of the skill levels of the workers, also violates the spirit of President Trump’s 2017  “Buy American, Hire American” Executive Order. Mr. Trump campaigned on a pledge to shield American workers from policies that allow employers to bypass them in favor of low wage, or more beholden, guest workers or illegal aliens. As president, he will likely be campaigning for reelection under the same pledge. Ensuring that the H-2B visa cap is not exceeded, just because Congress abdicated its responsibility on the matter, would go a long way toward demonstrating good faith to American workers.