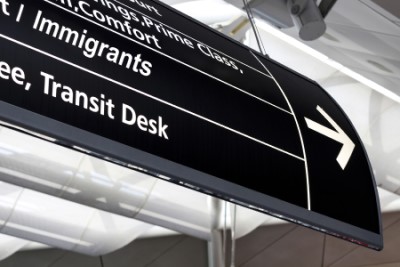 Newly released Department of Homeland Security data show modest declines in the admission of legal immigrants to the United States between 2016 and 2018. The drop of about 7 percent, or nearly 87,000 people, is the first noticeable decline in high levels of immigration in recent decades.

The most notable area of decline has been in the admission of family members. Family-based immigration has long represented the largest segment of the immigration flow, with chain migration of extended family members contributing to sustained upward pressure on new admissions. Admissions of immediate family members of U.S. citizens – spouses, children and parents – fell by more than 15 percent during this period.

Several factors have contributed to the slightly declining numbers. Among these are tighter restrictions and closer scrutiny of immigrants from countries deemed to pose a risk of terrorism. Another factor cited is an increase in the number of immigration applicants deemed to be ineligible for admission under Section 221(g) of the Immigration and Nationality Act.

The number of applicants ruled to be ineligible jumped from 254,478 in FY 2017 to 341,128 in FY 2018. This appears to be a reversal of policies by the Obama administration under which employees of U.S. Citizenship and Immigration Services (USCIS) were being pressured to rubber-stamp approvals of applications for people even if there were concerns about fraud or eligibility.

Admissions could drop even further if new policy initiatives announced by the Trump administration are allowed to take effect. The administration’s goal is to restrict entry of immigrants who lack health insurance (and therefore pose a significant potential liability to taxpayers), and to institute a more realistic interpretation of longstanding bars against the admission of people who are likely to become public charges. Both of these administration efforts are currently tied up in legal battles.