U.S. District Court Judge Dana Sabraw ruled on January 13 that the Trump administration is acting within its authority when it separates adults and children who are apprehended at the border. The ruling was in response to a lawsuit brought by the American Civil Liberties Union (ACLU) alleging that the administration is violating Judge Sabraw’s 2018 ruling, which ordered a halt to the routine practice of separating adults and children at the border. The ACLU filed suit in July 2019, claiming that 911 children had been separated from their parents since the judge’s initial ruling.

Judge Sabraw indicated that the government has the authority to separate adults and children when circumstances dictate that it is the prudent thing to do. Sabraw acknowledged that the courts are not in a position to second-guess government decisions that may be made on the bases of a variety of circumstances, including the safety of the children, the fitness of the parents, health issues, or questions about whether the adults truly are the parents of the children in their custody. 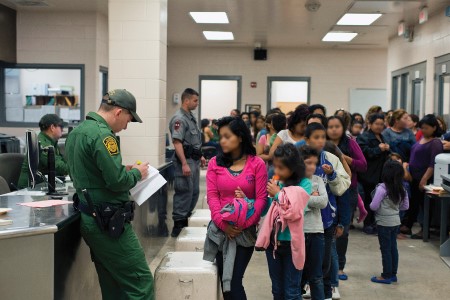 “It is an invitation that is potentially massive in scope, invades an area that is particularly within the province of the Executive Branch to secure the Nation’s border, and goes beyond this Court’s class certification and preliminary injunction orders, which were focused on the Administration’s practice of separating families at the border for the purpose of deterring immigration, and failing to reunify those families,” Sabraw wrote in a 26-page decision.

The larger issues that have resulted in the separation of adults and children will remain unresolved until Congress exercises its responsibility to fix broken policies that have led to the exploitation of children. These include closing loopholes in our asylum laws that  invite widespread abuse, and congressional action to overrule another federal judge’s decision that limits detention of family units to just 20 days.