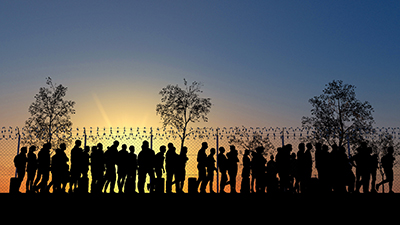 Nearly half way through Fiscal Year (FY) 2022, the Department of Homeland Security (DHS) finally released Immigration and Customs Enforcement (ICE) data for FY 2021. The numbers confirm that the Biden administration has all but ceased removing illegal aliens from the United States.

Reports within DHS indicate that even Secretary Alejandro Mayorkas, the chief architect of the Biden immigration policy, was taken aback by how precipitously the number of illegal aliens removed from the United States fell during the administration’s first eight months in office. The bad optics of plummeting removals amid historically high levels of new illegal immigration may explain why the administration chose to release these data while the nation’s attention was focused on Russia’s war on Ukraine and soaring inflation.

Among the disturbing data revealed in DHS’s 2021 ICE Annual Report:

President Biden may not have formally abolished ICE, as the far left flank of his party has demanded, but the FY 2021 data demonstrate that his administration has all but abolished its functions as an agency that enforces U.S. immigration laws.

With the implementation of Secretary Mayorkas’ draconian guidelines that further restrict ICE’s ability to arrest and remove illegal aliens, the administration moves ever closer to defiance of a federal court order, issued in January 2021. In a lawsuit brought by Texas Attorney General Ken Paxton, Federal Judge Drew Tipton ruled that the president did not have the authority to suspend deportations, and agreed with the plaintiffs that states would “suffer imminent and irreparable harm” as a result.

The anemic removal numbers recorded during the president’s first eight months in office, combined with new restrictions on arrests and removals implemented in FY 2022 that will drive those numbers even lower, are creating a de facto moratorium on removals that will need to be addressed by the courts.