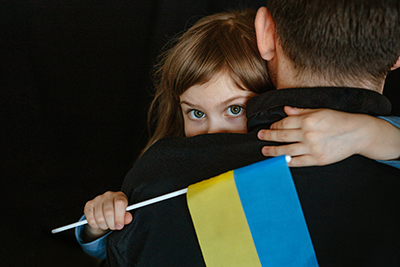 An estimated 25,000 to 30,000 Ukrainian nationals in the U.S. were granted Temporary Protected Status (TPS) by the Department of Homeland Security in early March. With Ukraine enduring a brutal military invasion by Russia that includes blatant war crimes, citizens of that country who were temporarily (or even illegally) present in the United States when the fighting broke out will be permitted remain and work her for up to 18 months.

TPS was created by Congress in 1990 to address precisely the sort of situation that now exists in Ukraine. So long as Russian tanks are rolling, missiles are flying, and civilian populations are being targeted, the United States cannot ethically require people to return to that country.

However, the justifiable grant of TPS to Ukrainians raises important questions about the circumstances under which temporary protection should be ended. In almost every case in which TPS has been granted, the status has been extended long after the triggering event faded into history. In the case of Honduras, the hurricane that ravaged the country occurred a quarter of a century ago.

To prevent these endless extensions of TPS, FAIR has urged that each time the status is granted it be accompanied by a clear statement of what conditions should trigger revocation of TPS. Ending TPS should occur once the immediate threats to life and safety brought on by war, political upheaval, or natural disaster no longer exist. Revoking TPS and requiring that people who accepted our offer of temporary protection return home does not require that conditions in the home countries be ideal – because they never will be.

FAIR has also called for termination of TPS for countries where circumstances and conditions no longer warrant it. Further, Congress and the Biden administration must end efforts to grant amnesty and green cards to people who accepted our offer of temporary protection and now seek to remain here permanently.