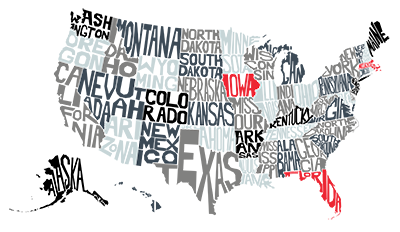 Gov. Ron DeSantis, fed up with the Biden administration’s refusal to enforce immigration laws and its clandestine settlement of illegal aliens around the country, including in Florida, is promoting Senate Bill 1808, legislation that would protect his state. While he has limited powers over immigration, the governor is backing legislation that would deny state contracts to transportation companies involved in moving illegal aliens into Florida. The bill would allocate $12 million to transport illegal aliens out of Florida (including to President Biden’s home state of Delaware). It also proposes new restrictions on shelters that are being used to house unaccompanied minors who are brought to Florida. Additionally, all counties that operate detention centers would be required to enroll in the 287(g) program that facilitates identification of people who are in the country illegally. Currently 48 of the state’s 67 counties participate in the 287(g) program. The bill would also prohibit sanctuary policies anywhere in Florida.

The Massachusetts State House voted overwhelmingly to have the commonwealth join 16 other states and the District of Columbia in granting driver’s licenses to illegal aliens. The bill was approved overwhelmingly in February by a 120-36 margin in the Democratic dominated chamber. All Republicans in the House, along with 7 Democrats, opposed the measure. The bill is expected to be approved by a similarly lopsided margin in the State Senate. Republican Governor Charlie Baker has expressed opposition to the granting of licenses to illegal aliens. However, supporters of the bill would likely have the votes to override the governor’s veto.

A bill that would require all employers in Iowa to participate in the federal E-Verify program has begun to move in the state legislature. In February, the State Senate Judiciary Committee approved State File 339 and is awaiting consideration by the full body. More encouragingly, a companion bill in the State House has begun the process of approval in that chamber. House Study Bill 635 cleared its first hurdle in mid-February when it was approved by a key subcommittee. Gov. Kim Reynolds, whom national Republicans tapped to present the party’s rebuttal to President Biden’s State of the Union address in March, has expressed her support of the E-Verify measure and would almost certainly sign it should it reach her desk.