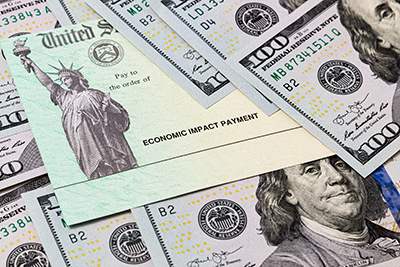 When Congress enacted the Coronavirus Aid, Relief, and Economic Security (CARES) Act in 2020, it explicitly required that those receiving so-called stimulus checks have valid Social Security numbers (SSN). This provision barred illegal aliens from collecting benefits, including those who were married to U.S. citizens.

The SSN requirement led to a lawsuit, based on the claim that it discriminated against illegal aliens spouses of U.S. citizens – which of course it did, because a majority of members in both houses of Congress decided it was a bad idea to hand out large checks to illegal aliens, especially during a COVID-induced economic crisis. FAIR’s legal affiliate, the Immigration Reform Law Institute (IRLI), filed a friend of the court amicus brief arguing that there is no fundamental right to marital recognition that encompasses a right of illegal aliens to receive checks from the United States government. Accordingly, the federal statute in question should be upheld if it has a rational basis.

In March, an Obama-appointed Federal District Court Judge in Maryland, Ellen Hollander, dismissed the lawsuit. As a result of Judge Hollander’s decision, illegal aliens will not be eligible to receive stimulus checks retroactively.