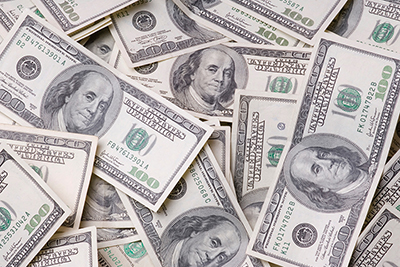 A $1.5 billion omnibus spending package to finance federal government operations through the remainder of the current fiscal year was approved by both houses of Congress in early March. With House Democrats in charge of writing spending legislation, the bill provides little hope for the American people that the long-running crisis at our southern border will be addressed. However, the far-left wing of the Democratic Party did fail when it came to including poison pill policy riders that would have exacerbated the border crisis even more.

On its face, the omnibus goes beyond current funding levels for immigration enforcement. The bill provides a $240 million cash infusion for U.S. Immigration and Customs Enforcement (ICE) and $1 billion for U.S. Customs and Border Protection (CBP). It also maintains funding for critical programs like border wall construction and keeps detention space at Trump-era levels. That’s the good news. The bad news is that there are no mechanisms in the spending package that will compel the Biden administration to spend the money as intended. In fact, based on President Biden’s first 14 months in office, there is every reason to believe that the money will be diverted to support the administration’s anti-enforcement efforts.

What the final spending package didn’t contain is also important. Thanks to efforts by FAIR and some Republicans on Capitol Hill who are truly committed to immigration enforcement and border security, open borders poison pills that appeared in the initial Homeland Security appropriations bill were successfully eliminated. Among the poison pills that failed to make it into the final version were provisions that would have barred ICE’s Homeland Security Investigations unit from providing assistance to the division of the agency that actually removes illegal aliens from the country. Additionally, a provision that would have prevented mandatory detention of criminal aliens was also struck from the bill.

But, “not-as-bad-as-it-could-have-been” is not good enough. Many troubling provisions remained in the bill that was signed by President Biden. These include:

Amid the global uncertainty triggered by Russia’s invasion of Ukraine and soaring inflation at home, the omnibus spending package was approved with bipartisan support despite its failure to effectively address the illegal immigration crisis. It is likely that, under the circumstances, many members of Congress did not want to engage in political brinkmanship that could lead to a government shutdown during a time of crisis. However, FAIR expects that if there is a change in leadership in one or both houses of Congress after the midterm elections, the new Congress will aggressively utilize control of the purse strings and increased oversight authority to ensure that the Biden administration actually secures our border and enforces immigration laws.