The first blow was delivered by MacDonough who, on Dec. 16, ruled that a third attempt by Senate Democrats to include a de facto amnesty for about 7 million illegal aliens in the so-called Build Back Better (BBB) bill violated Senate rules. After being rebuffed twice previously, the White House and Senate Democrats hoped to include language that vastly expanded the president’s parole power, allowing him to grant millions of illegal aliens relief from removal for 10 years and permission to work in the United States. Much like DACA and Temporary Protected Status, amnesty advocates knew that beneficiaries would remain permanently. 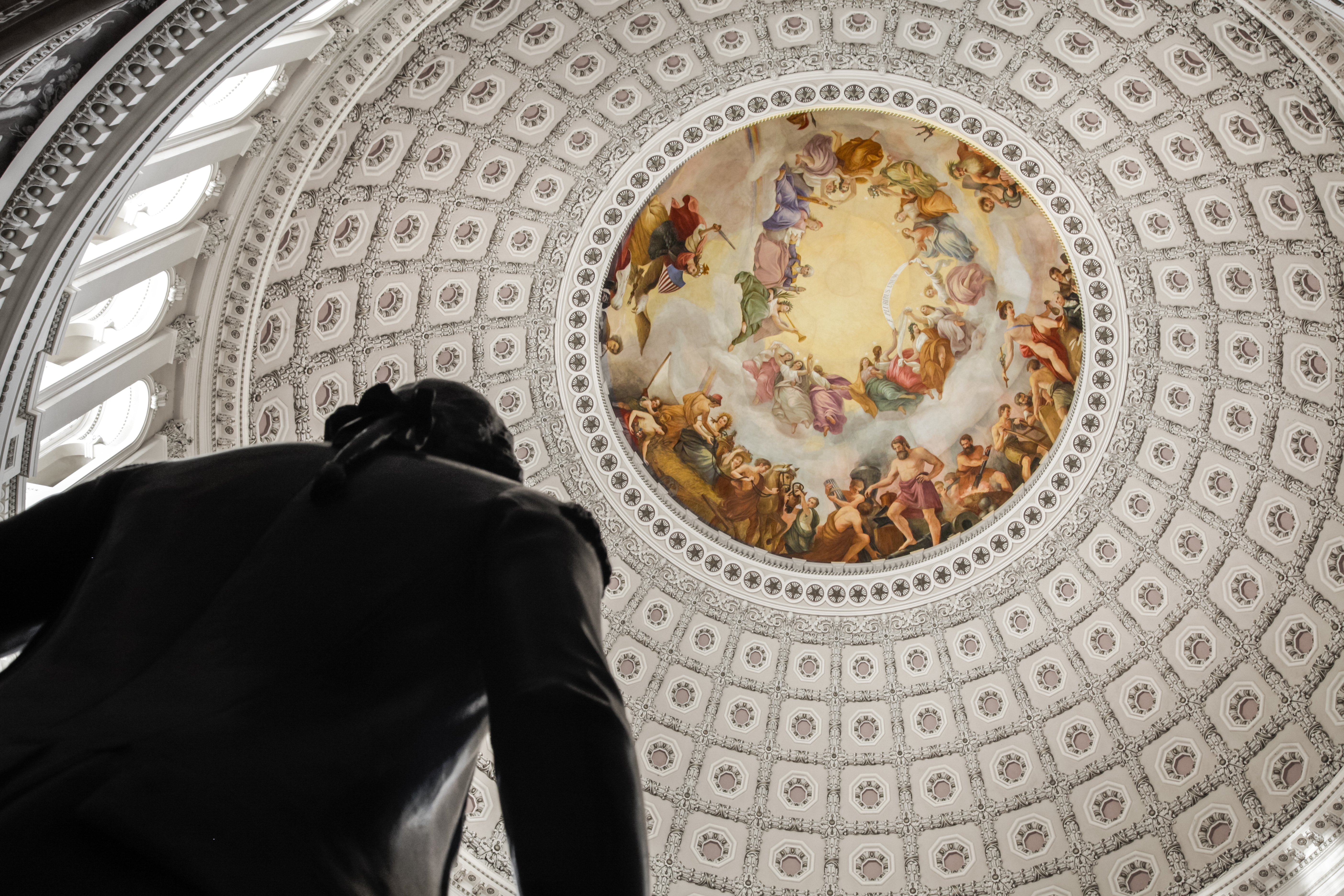 Despite enormous pressure – including calls for her firing – MacDonough honorably ruled that the massive de facto amnesty was not legitimately a budgetary matter and that it did not belong in a government funding measure. Budget reconciliation bills can be enacted with a simple majority in the Senate, avoiding the need to garner 60 votes to avoid a filibuster. The House of Representatives approved its version of BBB in November, which also included amnesty and other immigration provisions.

The second blow came three days later when Sen. Manchin announced on Fox News Sunday that he could not support the BBB bill in its entirety, citing the bills massive price tag, the likelihood it would fuel inflation, and a Congressional Budget Office projection that it would add $3 trillion to the federal deficit. Along with 50 firm “no” votes from Senate Republicans, Manchin’s opposition denied Vice President Kamala Harris the opportunity to cast the deciding vote on BBB, with or without the amnesty provisions.

End of story, right? Not so fast. When it comes to amnesty for illegal aliens, the lavishly funded network of advocacy groups and their allies in Congress and the Biden administration never relent. The onset of 2022 saw amnesty and open borders coalitions regrouping and preparing for yet another attempt to enact some form of amnesty and immigration increases, motivated by the prospect that this is likely to be the last year that Democrats will control (however thinly) majorities in both houses of Congress. “We haven’t given up,” declared Senator Catherine Cortez Masto of Nevada, a Democrat who is facing a tough reelection bid in November.

Congressional Democrats are applying a multi-pronged approach to their efforts to implement an amnesty and other sweeping immigration changes before time runs out on the 117th Congress. The strategy rests on the Senate Democratic leadership’s ability to craft a revised BBB that satisfied Sen. Manchin’s concerns about the cost of the measure, without alienating members of the party’s left flank, which would constitute a formidable challenge in its own right.

If that can be accomplished, the Congressional Progressive Caucus, which includes about a hundred members, is urging Senate Majority Leader Chuck Schumer (who faces a potential primary challenge from Rep. Alexandria Ocasio-Cortez later this year), to ignore the parliamentarian’s ruling and keep the amnesty and immigration provisions in a revised bill. However, overruling the parliamentarian would require the unanimous buy-in from Senate Democrats, something Sen. Manchin has already indicated that he would oppose.

Another option being considered – assuming that BBB can be revived – is a fourth attempt to craft immigration provisions that could pass muster with the parliamentarian – another longshot after she has repeatedly made clear that significant changes to immigration policy cannot be approved using the budget reconciliation process. Moreover, if Senate Democrats go too far in watering down amnesty and other immigration provisions, they could lose support from members on the far left and could prompt a confrontation with angry progressives in the House.

Other members of Congress and open borders advocates are also urging President Biden to act unilaterally to grant quasi-legal status to illegal aliens. Much like former President Barack Obama did in 2012 when he implemented the DACA amnesty (after publicly proclaiming that he lacked the constitutional authority to do so), they are pressing President Biden to assert broad authority to grant parole to millions of illegal aliens.

The actions of Sen. Manchin and Ms. MacDonough were unquestionably a setback for the amnesty lobby (and a victory for the American public), but FAIR is not resting in its efforts to prevent new attempts from gaining traction in 2022. Over the course of the coming year, FAIR will continue to work with allies in and out of Congress to build public opposition to legislative or executive efforts to implement amnesty for illegal aliens.