While Americans watched in horror as the Biden administration spent its first year in office creating chaos and lawlessness along our borders, the administration also was quietly using the legal immigration process to bludgeon American workers.

Under the Trump administration, the Department of Homeland Security (DHS) sought to end abuse of the H-1B skilled guestworker program by prioritizing applications based on the salaries being offered and the skill levels of the applicants. In other words, the aim was to end the practice of using H-1B visas to replace or displace American workers. The rule adopted during the Trump administration operated on the logical premise that the larger the salary, the less likely companies would be to bypass American workers, and the more highly skilled the applicant, the less likely it would be to find U.S. workers with matching skills. 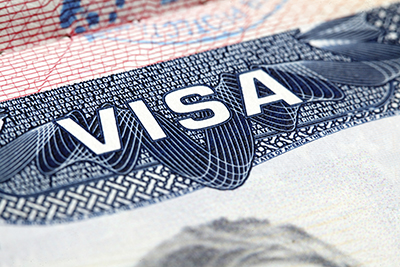 Even before the Biden administration formally scrapped the Trump rules in December, it was clear that the protections for American workers were being dramatically loosened. During fiscal years 2018 and 2019, DHS rejected 24 percent and 21 percent of H-1B applications. That figure dropped to 13 percent in FY 2020 (the last full year of the Trump administration), likely because employers got the message and stopped filing many frivolous applications.

During the first year of the Biden presidency, rejections fell to a mere 4 percent of applications – likely because companies were getting precisely the opposite message from the new administration. In his earlier stint as director of U.S. Citizenship and Immigration Services (USCIS), Biden’s DHS secretary, Alejandro Mayorkas, imposed a “get to yes” policy on the agency. Under his edict, agency employees were ordered to ignore evidence of fraud and ineligibility and approve just about any application that came across their desks.

Mayorkas’ policy edicts issued in October make it unlikely that there will be any oversight of how H-1B workers are used once they are in the United States. The secretary has ordered a halt to worksite enforcement (which discourages the hiring of illegal aliens) absent compelling evidence of exploitation of foreign workers. There is little reason to believe that DHS will be any more vigilant in ensuring that H-1B workers are not being used to displace or replace American workers.