In December, the Biden administration reluctantly agreed to comply with a federal court order to reimplement the Migrant Protection Protocols (MPP), also known as the “Remain in Mexico” policy. MPP was an important bilateral agreement struck by the Trump administration with the government of Mexico with the goal of deterring rampant abuse of our political asylum system. By requiring people hoping to file a claim for political asylum in the United States to wait in Mexico until an initial hearing on their cases could be held, MPP discouraged countless people from attempting to file fraudulent claims. During the first few months that MPP was in place, there was a 75 to 80 percent reduction in the number of family units arriving at the border. 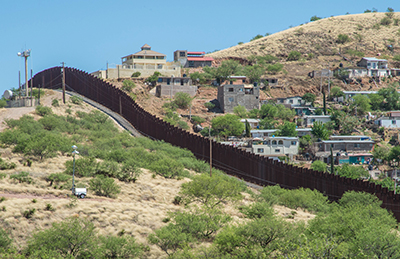 President Biden unilaterally canceled MPP on his first full day in office. But his administration failed to comply with the proper procedures for canceling the program and a federal judge ordered that it be reinstated. After the U.S. Supreme Court refused to stay the judge’s order, the administration grudgingly agreed to restart MPP, while at the same time vowing to continue its efforts to terminate it. In the last edition of the newsletter, FAIR predicted that “the Biden administration will use the program as sparingly as it can possibly get away with.” Sadly, we were right.

A month into the “reimplementation” it became clear that the administration’s foot-dragging had exceeded expectations. Brandon Judd, the president of the National Border Patrol Council (the union representing Border Patrol agents), reported that the program has only been implemented in two locations along the U.S.-Mexico border, El Paso and San Diego. Furthermore, on average, a mere 35 people per day are being sent back. Border apprehensions are running at close to 200,000 per month, and because of secure border walls in those two sectors, few people attempt to cross in those areas.

“I do not believe enrolling only 35 out of approximately 5,000 illegal border crossers per day is complying with the court order,” Judd charged. Judd’s accusation is echoed by former Acting Commissioner of U.S. Customs and Border Protection (CBP), and current FAIR fellow, Mark Morgan. “At the end of the day, it’s very clear this administration has been slow rolling the court’s order,” Morgan said. “It’s been over six months now [since the initial court order], and all we have to show for it is a few hundred of migrants that have been enrolled in the program.”

The administration’s lack of good faith in complying with the judicial order to reinstate MPP amounts to contempt of court. It will be up to Judge Matthew Kacsmaryk to make that determination and decide what, if anything, can be done to force a reluctant administration to reinstitute the policy in a meaningful way.