Self-governance – the right of citizens to chart their own course and determine their own leaders – was one of the founding principles of our nation. Nearly 250 years later, in the nation’s largest city, the New York City Council,enacted by an overwhelming majority a measure that grants citizens of other countries the right to vote in local elections. The Council’s decision was ratified by the city’s new mayor, Eric Adams, shortly after he assumed office on January 1.

Under New York City’s new law, an estimated 800,000 foreign nationals will be eligible to vote. Those newly-enfranchised include both legally present foreign nationals (who have lived in the five boroughs for as little as 30 days) and illegal aliens who have protection under the Constitutionally questionable Deferred Action for Childhood Arrivals (DACA). A total of 1.1 million votes were cast in last November’s mayoral election, meaning that the addition of 800,000 foreign nationals to the voter rolls will likely result in foreign citizens determining the outcome of future elections. 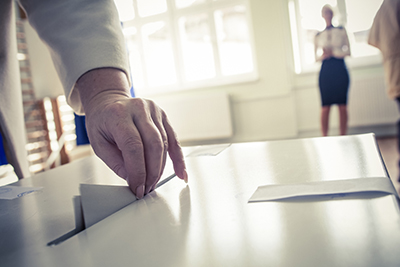 While citizens of other countries are only authorized to vote in city elections, it is unclear how that limitation will be enforced. For instance, when voters show up at the polls later this year, candidates for Congress, the U.S. Senate, and governor will also be on the ballot. Thus, unless strict safeguards are in place, noncitizens in New York City could determine the outcome of what is expected to be a tighter-than-usual gubernatorial election in November.

New York City’s unilateral surrender of sovereignty still faces some legal challenges that may prevent the new law from going into effect. On January 7, a coalition of New York (city and state) Republicans filed a lawsuit in the Staten Island Supreme Court challenging the constitutionality of the new law. The plaintiffs argue that noncitizen voting is explicitly barred by Article 2, Section 1 of the New York State constitution.

“Every citizen shall be entitled to vote at every election for all officers elected by the people and upon all questions submitted to the vote of the people provided that such citizen is eighteen years of age or over and shall have been a resident of this state, and of the county, city, or village for 30 days next preceding an election,” the relevant section reads. “Anyone reading New York state election law in plain English can see that it prohibits foreign citizen voting,” said Councilman Joe Borrelli (R-Staten Island), who serves as the council’s minority leader. New York State Republican Party chair Nick Langworthy went even further, asserting, “The law is clear and the ethics are even clearer: we shouldn’t be allowing citizens of other nations to vote in our elections, full stop.”

Over the years, FAIR has repeatedly warned that the inexorable chipping away at laws meant to enforce immigration policies – sanctuary jurisdictions, access to nonessential public services and benefits, and the like – posed a grave threat to national sovereignty. New York City’s unconstitutional law (if it is not struck down by the courts) represents the clearest threat yet by allowing citizens of other nations to determine the outcome of our elections.