It’s been a rough few months for Facebook, whose parent company has recently been rebranded as Meta. The company’s image has been tarnished by internal whistleblowers exposing policies that are described as “toxic” to users. Facebook has incurred wrath from across the political spectrum for arbitrary and heavy-handed policies that remove posts, or freeze accounts that run afoul of the company’s internal “truth squad.” Capping it all off, the company’s value declined by more than $200 billion in a single day in early February, when its stock plummeted 26 percent.

Amid all the other turmoil, the company affirmed that it would not bar users from soliciting the services of human smugglers on Facebook and other Meta platforms. Last October, Arizona Attorney General Mark Brnovich charged that, “Facebook’s policy of allowing posts promoting human smuggling and illegal entry into the United States to regularly reach its billions of users seriously undermines the rule of law,” adding that, “The company is a direct facilitator, and thus exacerbates, the catastrophe occurring at Arizona’s southern border.” 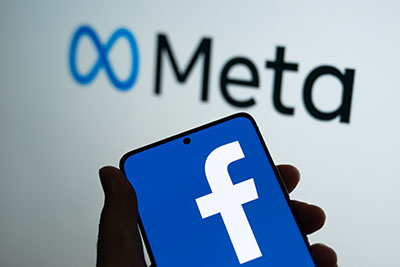 Facebook denied that it allows criminal cartels to solicit people seeking to be smuggled into the United States, but conceded that it permits individuals to seek the services of smugglers on their platforms, including paid ads. After reviewing the policy, Meta announced that it will continue to bar posts by smugglers, “while allowing content soliciting smuggling services and sharing information related to illegal border crossing.”

While people using Meta platforms to engage in illegal activities may pass muster with company executives, the policy does not sit well with members of Congress. In a February 2 letter to Meta CEO Mark Zuckerberg, Senator Josh Hawley (R-Mo.) accused the company of “compromis[ing] national security, undermin[ing] the rule of law, and impos[ing] costs on law-abiding American taxpayers” as well as “endanger[ing] those willing to break the law in order to enter the country.”

Hawley’s letter further charges that Meta platforms are being used to facilitate the more serious crime of human trafficking. “Your company ignored its own employees who sounded alarms about human traffickers using their website. Those employee concerns included identification of traffickers in the Middle East who used Facebook and Instagram to lure women into abusive domestic servitude and sex slavery,” wrote Hawley.

Hawley’s concerns were echoed by Rep. Kat Cammack (R-Fla.) who, in a letter to Zuckerberg. accused the company of ignoring the consequences of its policies. “As a result, more humans, drugs, and weapons are trafficked through our southwest border and Americans are left to pay the price…I met with multiple representatives from the company last year who took great care to tell me about the steps they were taking, only to find out that their policy has not changed,” she wrote.

Zuckerberg, along with other big tech executives, is one of the leading financial backers of FWD.us, an organization that promotes mass immigration and amnesty for illegal aliens.