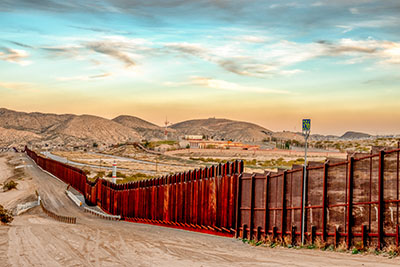 According to long-delayed preliminary data released in February by Immigration and Customs Enforcement (ICE), just 55,590 deportable aliens were removed from the United States during Fiscal Year 2021. These historically low numbers are roughly a fifth of the annual removals carried out in Fiscal Years 2017-2019, and about one-third of the total for FY 2020.

But the dramatic decrease in removals does not reveal the full extent to which the Biden administration is undermining the enforcement of immigration laws in the interior of the United States. According to analysis of the data by FAIR, about half of the 55,590 removals carried out in FY 2021 occurred during the first four months of the fiscal year, while President Trump was still in office. During the last eight months of FY 2021, under the Biden administration, ICE removed a mere 27,000 people from the country. Even as Biden policies triggered an unprecedented surge of new illegal immigration – 7,000 illegal aliens were being encountered at the border each day, and countless more entered the country undetected – ICE removals slowed to a trickle, averaging barely 100 per day. 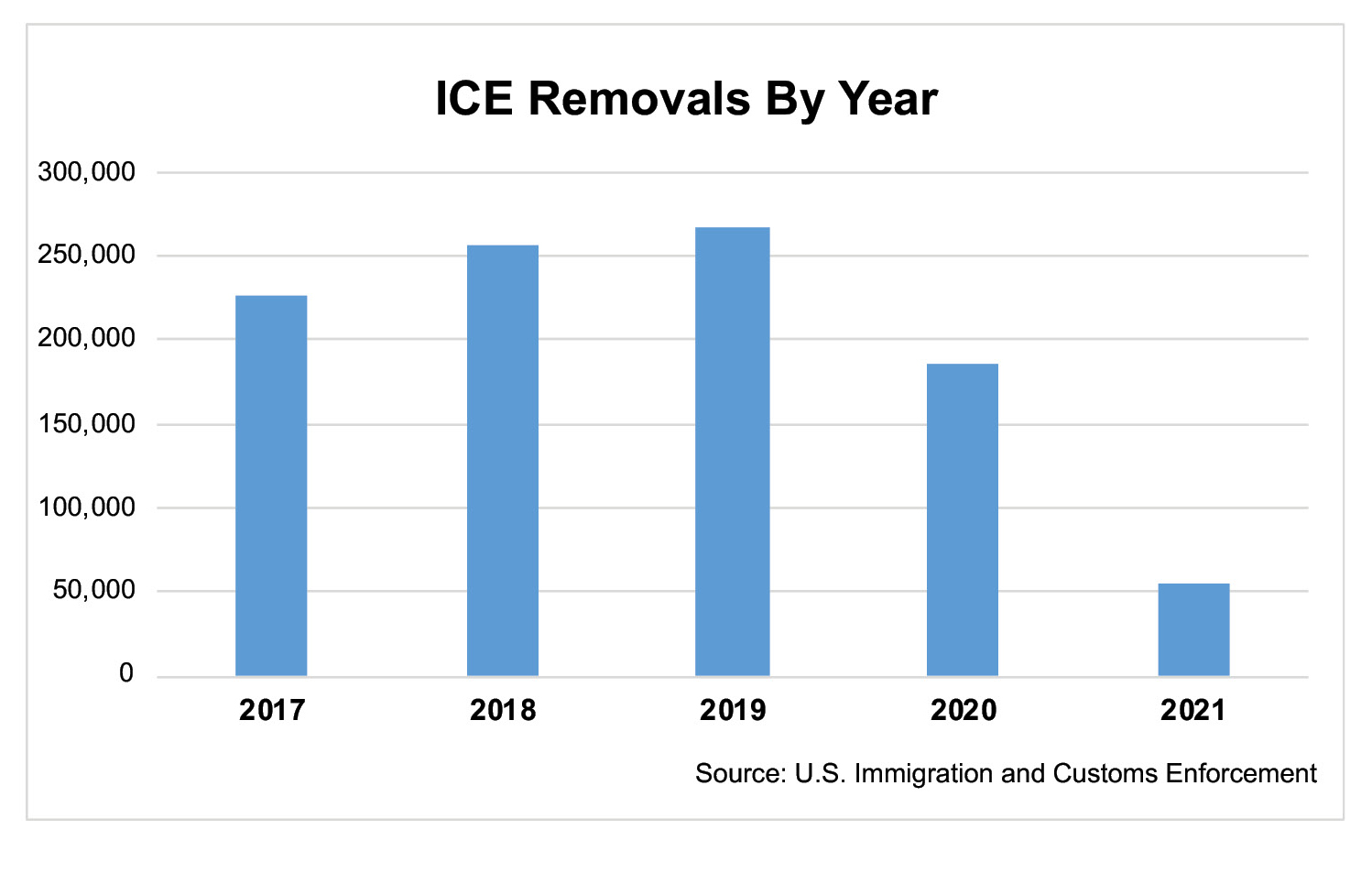 These statistics exclude immigration violators who were released into the country by U.S. Customs and Border Protection (CBP) during FY 2021. A report by FAIR estimates that more than 685,000 illegal aliens were either released by CBP or successfully evaded apprehension. When those CBP figures are combined with ICE interior releases, a total of more than 828,000 illegal aliens were allowed to enter the U.S. in FY 2021. Considering fewer than 56,000 migrants were deported, that means that some 772,000 more illegal aliens were released into the country in FY 2021 than were deported.

It is also important to note that the anemic removal numbers for FY 2021 all occurred before Homeland Security Secretary Alejandro Mayorkas issued departmental edicts that bar ICE from arresting and removing all but the most violent foreign criminals and terrorists, and severely restrict where agents are permitted to apprehend them. Despite growing public pressure on the administration to increase border and immigration enforcement, Sec. Mayorkas defiantly doubled down on the administration’s anti-enforcement stance. “[Our] policy explicitly states that a non-citizen’s unlawful presence in the United States will not, by itself, be a basis for the initiation of an enforcement action,” he told CBS News in January.