Some 2 million people were “encountered” by federal immigration authorities crossing the southern border illegally in 2021. Arizona Attorney General Mark Brnovich has a term for that phenomenon: Invasion. On February 8, Brnovich issued a legal opinion concluding that under the U.S. Constitution, states can exercise their “war powers” in response to an invasion. According to the opinion, the term invasion includes the current surges of illegal aliens at our border actively driven by cartels and gangs. The state’s ability to respond to this invasion is legitimate because the Biden administration has failed in its constitutional duty to secure the border against these assailing forces.

Article I, Section 10, Clause 3 of the U.S. Constitution (the “State Self-Defense Clause”) provides: No State shall, without the Consent of Congress, … engage in War, unless actually invaded, or in such imminent danger as will not admit of delay.

Article IV, Section 4 of the U.S. Constitution (the “Invasion Clause”) further provides: The United States … shall protect each of [the states] against invasion. [emphasis added]

Based upon these constitutional provisions, Brnovich reasons that a state may exercise its war powers not only against the militaries of foreign nations but also “non-state hostile actors, such as organized cartels and gangs.” If implemented, Arizona’s “war power” would not entail the use of lethal force to repel the invasion. Rather, what the attorney general is suggesting that in response to the Biden administration’s dereliction of duty, the state could invoke the authority to apprehend and remove people who cross the border illegally by returning them to Mexico. 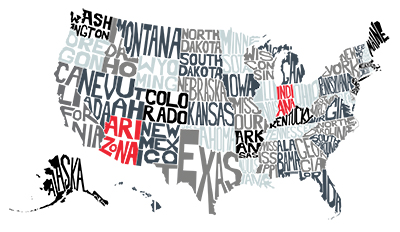 Efforts to overturn Indiana’s bar against granting in-state tuition benefits to illegal aliens fell short, once again, as the State Senate rejected SB 138 in early February. Advocates had been hopeful of success in the Republican-controlled legislature as this latest attempt to reward illegal aliens was sponsored by two GOP senators, Blake Doriot and Mark Messmer. Under the bill, illegal aliens who attended high school or received a GED diploma in Indiana would have been eligible for hefty tuition subsidies at public colleges and universities. The average full tuition rate at these public institutions is $21,424 per year, while the in-state rate is $8,505, meaning that had the bill passed, illegal aliens would have been in line to receive nearly $13,000 a year in benefits from Indiana taxpayers.