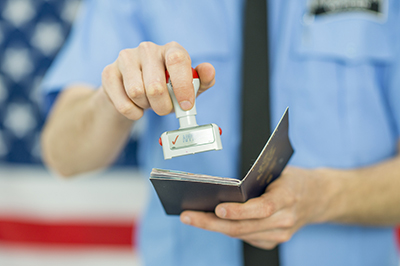 For the past year, the self-induced Biden Border Crisis has been emblematic of this administration’s reckless disregard for homeland security. January’s terror attack on Congregation Beth Israel in Colleyville, Texas, was a reminder of just how easily terrorists and criminals can exploit flaws in our legal admissions process.

Thankfully, the attack on the Texas synagogue ended with only one fatality – Malik Faisal Akram, the terrorist. But Akram’s presence in Colleyville on January 15 points to intelligence and immigration enforcement failures on the part of multiple federal agencies that pose ongoing threats to homeland security. These failures reflect an administration-wide attitude which prioritizes admission of foreign nationals, regardless of whether they cross our borders illegally or arrive at one of our international airports, over the security of the nation.

Akram was traveling on a British passport and entered the United States under the Visa Waiver Program (VWP), which allows quick and easy entry unless there are things in an individual’s record that disqualify them from participation. In Akram’s case, there were plenty of red flags that should easily have been detected before he boarded the plane to New York.

Akram had a long criminal record in England, dating back to 1996. He was a frequent traveler to Pakistan, a hotbed of Islamist terrorism, and was a reputed member of Tablighi Jamaat, a radical group that has been banned in numerous countries. As recently as 2020, Akram had been listed as a “subject of interest” by Britain’s domestic intelligence service, MI5. Any one of these black marks on his record should have been sufficient for him to be denied a tourist visa by a consular officer, or turned away by a U.S. Customs and Border Protection (CBP) official when he arrived at John F. Kennedy International Airport in late December.

Travelers from the 40 countries covered under VWP do not need to secure a visitor’s visa before arriving in the U.S., but that does not mean that they are not vetted. Visitors must complete an Electronic System for Travel Authorization (ESTA) and have the biographic information they provide verified by U.S. consular officers stationed in their home countries. Additionally, Customs and Border Protection officers at ports of entry make the final determination about whether travelers may enter the United States.

Under the current leadership of the Departments of State and Homeland Security, Akram entered the country unencumbered – raising obvious concerns about how many other people as dangerous, or more dangerous have slipped across the border or walked in through the front door.

FAIR has long warned that flaws in our legal admission process pose security dangers to the country. Many reforms recommended by the commission looking into the circumstances of the 9/11 attacks remain unimplemented, including the congressionally mandated electronic entry/exit system that would at least alert authorities when people fail to leave as required. Compounding these existing risks is a Department of Homeland Security which, under the Biden administration, flagrantly disregards the core mission of homeland security. No innocent Americans paid the ultimate price for the Biden administration’s unilateral surrender of our homeland security defenses. Next time we might not be so lucky.