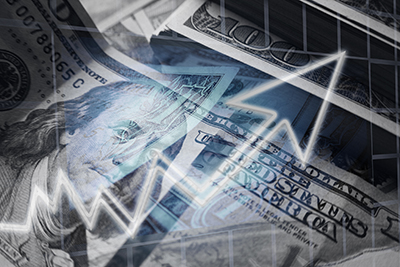 If you’ve been feeling a bit squeezed of late, you are not imagining it. The purchase power of you dollar was 8.3 percent less in August than it was a year ago. You’re also suddenly on the hook for more than half a trillion in student loan debt that President Biden didn’t really cancel, so much as shift to the rest of us. If that wasn’t enough, the costs associated with the never-ceasing influx of illegal migrants since President Biden took office are mounting.

According to a new analysis by FAIR the additional cost burden that has been heaped on beleaguered U.S. taxpayers is at least $20.4 billion per year. That figure is in addition to the approximately $143 billion federal, state and local taxpayers were already shelling-out to provide public benefits and services to longer-term illegal aliens and their U.S.-born children.

Since taking office in January 2021, some 5 million illegal entries into the United States have occurred. Of that total, roughly 2.3 million have either been released into the country or were never apprehended by Customs and Border Protection. Based on the most recent comprehensive cost study from 2020, FAIR conservatively estimates that each illegal alien costs American taxpayers $9,232 per year – bringing the additional cost wrought by the Biden administration’s self-inflicted border crisis to $20.4 billion.

FAIR emphasizes that this new cost estimate is likely a conservative one. Among the unprecedented influx of new illegal aliens are an unprecedented number of unaccompanied children (UAC’s). The Department of Homeland Security estimates that for Fiscal Year 2022 (which ended on September 30), 161,000 UAC’s arrived here. Under a 25-year-old court settlement, all of these minors are granted entry to the country, with American taxpayers assuming all the costs associated with their presence, including housing, education, health care, and other needed services. These costs are certain to run well in excess of the average per illegal alien cost of $9,232 a year. 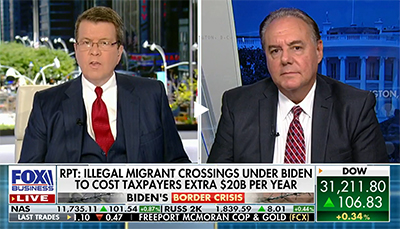 Even the adult migrants – single adult males constitute the largest component of the influx – are likely to impose higher than average costs on U.S. taxpayers. Newly arriving migrants enter with no resources or jobs. Due to those  circumstances, food, shelter and other basic necessities must be provided. These additional costs come at a time when, according to a report by Brandeis University, 35 percent of American households with a full-time working adult struggle to meet the cost of their basic needs.

In an age in which trillion dollar government spending packages are labeled modest, FAIR notes that the $20.4 billion that will be expended annually on newly-arriving illegal aliens could pay for a lot of other priorities:

Providing every homeless veteran in America $50,000 per year for a decade. This would effectively end veteran homelessness. 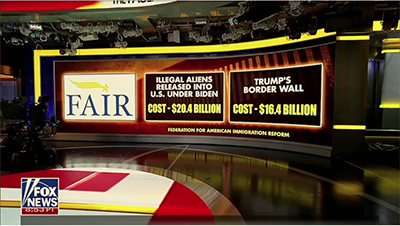 FAIR’s report garnered national media attention. Among many others, it was featured on Fox News’ Faulkner Focus; in an appearance by FAIR president Dan Stein on Neil Cavuto’s Coast to Coast program on the Fox Business Channel; and on Sean Hannity’s website.