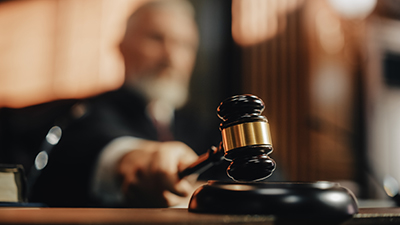 For well over a century, the United States has had laws on the books barring people who are likely to become public charges, i.e. rely substantially on public benefit programs, from legally immigrating to this country. Much like the Biden administration has done to laws against illegal immigration, it has issued a new set of final rules that render public charge laws meaningless.

The Biden administration’s new rules defining what it means to be a public charge exclude the utilization of just about every public benefit program that would reasonably define someone as being a public charge. Reliance on public assistance programs to pay the rent, pay the utility bills, pay medical bills, or put food on the table is no longer considered grounds for barring someone from becoming an immigrant to the United States.

Among the factors the Department of Homeland Security (DHS) will no longer deem as an indication that someone seeking a green card is likely to become reliant on public assistance include:

For many mass immigration advocates, the Biden evisceration of the public charge rules is a good start but still does not go far enough. “Letting families know that eligible immigrant families can use most of the health care and social service programs is a small win for us in an ongoing battle,” said Jennifer Duarte, of the El Paso, Texas-based Project Vida.

However, for 14 state attorneys general, the Biden rule is another gut-punch to overburdened taxpayers who are also struggling with the highest levels of inflation in 40 years. Led by Texas Attorney General Ken Paxton, the states (which will pick up most of the costs of these welfare programs) filed a 147-page brief before the U.S. Supreme Court seeking to bar the DHS rule from taking effect. “With America in the midst of a recession and families across the country already facing record-high inflation, it’s completely reprehensible to expect taxpayers to foot the bill for hundreds of millions of dollars to sponsor more and more illegal aliens,” Paxton said. As of completion of this newsletter, the Supreme Court had not yet issued a ruling on the states’ request.

But the administration was not yet done with sticking taxpayers with the bills for their unchecked immigration policies. The president’s proposed FY 2023 budget includes a funding request for legal representation for unaccompanied children [UC] that his policies are admitting at a record clip. According to the administration the funding would “help ensure that unaccompanied immigrant children are unified with relatives and sponsors as safely and quickly as possible and receive appropriate care and services while they are in ORR’s [Office of Refugee Resettlement] custody.” And clearly the administration anticipates that the numbers will grow even greater. “The Budget also includes mandatory investments in the UC program, including a multiyear contingency fund that would automatically provide additional resources when there are large increases in UC referrals, and a proposal to scale up to universal UC legal representation.”

In case you were wondering how much this will cost, the Congressional Budget Office estimates that over the next decade providing publicly funded legal representation to illegal aliens under the age of 18 (at the time of their arrival) will cost $30 billion.