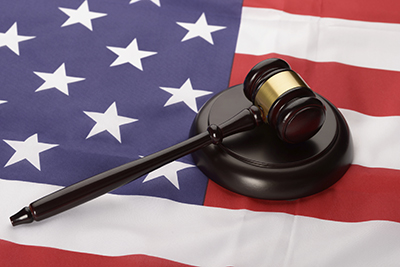 In a crucial victory for the rule of law, a federal judge blocked the Department of Homeland Security (DHS) from implementing a series of guidelines issued last fall by Secretary Alejandro Mayorkas that effectively put nearly all immigration law violators off-limits to enforcement.

A 96-page decision handed down by Federal District Court Judge Drew Tipton ruled that Mayorkas overstepped any reasonable discretionary authority in determining how immigration laws are enforced. In the fall of 2021, Mayorkas issued three guideline memos that effectively limited the ability of the Immigration and Customs Enforcement (ICE) agency to arrest and remove the vast majority of illegal aliens who are present in the United States. Under the guise of setting priorities, only a small number of violent criminals and terrorists could be subject to arrest and deportation. Even most criminal aliens would be given safe harbor under the Mayorkas guidelines.

Judge Tipton issued his ruling in response to a lawsuit brought by the states of Louisiana and Texas, which argued that Mayorkas had effectively nullified federal law and replaced them with his own policies. Among those filing Friend of the Court legal briefs in support of Louisiana and Texas was FAIR’s legal affiliate, the Immigration Reform Law Institute (IRLI).

The ruling emphatically rejected the Biden administration’s claim that its enforcement guidelines were a legitimate exercise of discretionary authority and prioritization of limited resources. Judge Tipton called the administration’s position “an implausible construction of federal law that flies in the face of the limitations imposed by Congress.”

Judge Tipton acknowledged that DHS, like any other enforcement agency, has limited discretionary authority when it comes to enforcement of immigration laws on a “case-by-case” basis. However, that authority does not include excluding broad categories of lawbreakers  from enforcement – so broad, in fact, that nearly all 15 million illegal aliens in the United States would be exempt from removal. “This case, however, does not involve individualized decision-making. Instead, this case is about a rule that binds Department of Homeland Security officials in a generalized, prospective manner—all in contravention of Congress’s detention mandate,” wrote Judge Tipton.

Judge Tipton went even further, accusing Mayorkas of attempting to rewrite constitutionally enacted immigration laws with the stroke of his own pen. “It is also true that the Executive Branch may prioritize its resources. But it must do so within the bounds set by Congress. Whatever the outer limits of its authority, the Executive Branch does not have the authority to change the law,” he charged. Mayorkas’ subversion of immigration laws could have had profound implications far beyond this one policy area. An across-the-board refusal of whatever administration is in office to enforce laws that conflict with its own political priorities would threaten Separation of Powers doctrine that our founders wrote into our Constitution. 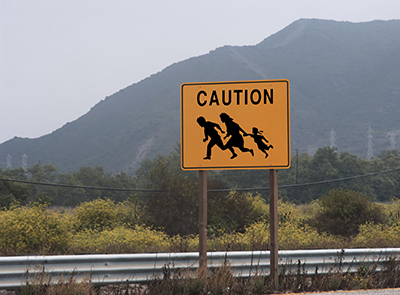 On numerous occasions since he became Homeland Security secretary, Mayorkas has openly asserted that illegal presence in the United States, in and of itself, is not grounds for removal, even though federal statutes clearly state that it is. “The fact that an individual is a removable noncitizen should not alone be the basis of an enforcement action against them,” he claimed. Even before the guidelines struck down by Judge Tipton were issued, Mayorkas’ DHS had all but ceased removal of illegal aliens. During President Biden’s first eight months in office, only about 28,000 illegal aliens (out of a population of 15 million) were removed from the country.

While the court ruling represents a huge victory for the rule of law, compliance with the court’s order is not guaranteed. The Biden administration remains in defiance of a legal settlement under which it agreed to reinstate the Migrant Protection Protocols, also known as Remain in Mexico. Only a few hundred migrants a month have been sent back to Mexico since the settlement was reached in December 2021, while some 234,000 people were encountered entering the country illegally in April alone.