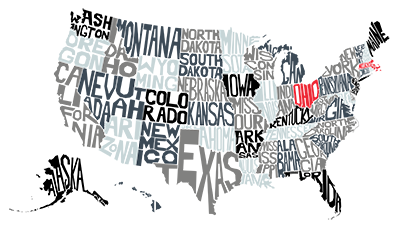 Massachusetts became the 17th state to grant driver’s licenses to illegal aliens when both chambers of the state legislature voted to override a bill that was vetoed by Gov. Charlie Baker. Gov. Baker rejected the bill arguing that it would compromise public safety by requiring the commonwealth to issue licenses to people whose identities could not be verified. Nevertheless, his concerns were ignored as the State House voted 119-36 to override the veto, while the vote in the State Senate was 32-8. The law is scheduled to go into effect on July 1, 2023. However, the legislature may face another obstacle before the first license is issued: The people of Massachusetts. A citizens’ group immediately began preparation to put the matter before the voters on the November 2022 ballot. The Fair and Secure Massachusetts committee filed the necessary paperwork with the state Office of Campaign and Political Finance in order to begin collecting the 40,120 signatures needed to put the question to voters. The committee is spearheaded by Maureen Maloney and Kevin Dube. Maloney’s son, Matthew Denice, was killed by an illegal alien who was driving while drunk who dragged him a quarter of a mile before finally stopping. “I do not think that we should be rewarding people for being in the country illegally. I think the RMV [Registry of Motor Vehicles] is not equipped to properly vet people coming to the United States from over 100 different countries and being able to reliably decipher their documentation that, first of all, in the different language and second of all, for validity,” Maloney said in an interview with WGBH radio. Ms. Maloney has worked closely with FAIR and is a frequent guest at FAIR’s annual Hold Their Feet to the Fire radio row.

Voters in Ohio will get to vote on the question of who gets to vote. The Ohio legislature has authorized a constitutional amendment on the November ballot to limit voting to American citizens and to ensure local governments cannot grant voting privileges to anyone who is not a U.S. citizen. Granting the franchise to foreign nationals has become the new frontier in the radical left’s efforts to erase any distinction between citizens and noncitizens. The amendment to the state constitution was spurred by an effort by the village of Yellow Springs to allow noncitizens to vote in local elections – a decision that was never implemented because of the threat of a lawsuit by Ohio Secretary of State Frank LaRose. As currently worded, the Ohio Constitution states that “[e] very citizen of the United States, of the age of eighteen years … is entitled to vote at all elections.” The amendment that will appear on the November ballot would change the wording to state that “only a citizen” will be allowed to vote in Ohio and would prohibit local governments from creating voting rights for anyone else. (They’re looking at you, Yellow Springs.) House Joint Resolution 4, which authorizes the ballot measure was approved with bipartisan support by the Ohio House by a vote of 68-28 and unanimously by the State Senate.