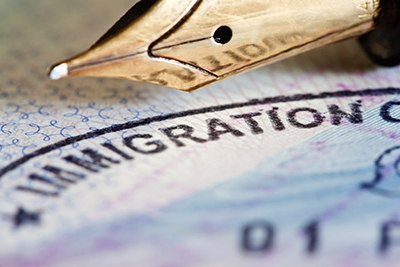 In a landmark decision, the U.S. Supreme Court ruled in June that noncitizens cannot file suit seeking class-wide relief from detention. In Garland v. Gonzalez, the Court affirmed that judicial review of orders of removal can only be sought on a case-by-case basis, based on the unique circumstances that might mitigate an unfavorable ruling. Justice Samuel Alito wrote the majority opinion in the 6-3 ruling.

Justice Alito wrote that the relevant immigration statute from 1996 “does not preclude a court from entering injunctive relief on behalf of a particular alien” but that “injunctive relief on behalf of an entire class of aliens is not allowed because it is not limited to remedying the unlawful ‘application’ of the relevant statutes to ‘an individual alien.’” The decision means that the ruling of Federal District Court Judge Drew Tipton a few days earlier, blocking efforts by Homeland Security Secretary Alejandro Mayorkas to grant class-wide relief from immigration enforcement to broad categories of lawbreakers, is consistent with the thinking of the Supreme Court. Thus, in the opinions of both the lower court and the Supreme Court, the discretionary authority of both Executive Branch and the judiciary can only be exercised based the unique circumstances of the individual seeking relief. The decision may even have implications for challenges to former President Barack Obama’s Deferred Action for Childhood Arrivals (DACA), granting relief from enforcement to an entire class of illegal aliens.

The Supreme Court decision reversed a ruling by the Ninth Circuit Court of Appeals in Garland v. Gonzalez, allowing class-action lawsuits by detained aliens. In that case the plaintiffs demanded bond hearings for their release, to proceed. FAIR’s legal affiliate, the Immigration Reform Law Institute (IRLI), filed a friend-of-the-court brief in the Supreme Court urging the Court to review the appellate court ruling, and, when review was granted, a second brief urging the Court to reverse the Ninth Circuit ruling.