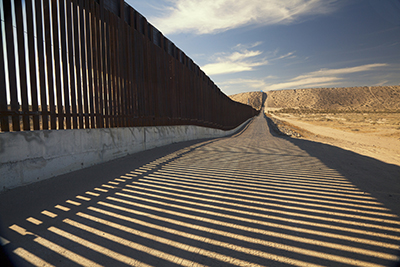 Faced with record numbers of migrants crossing our borders illegally (and numerous other domestic and international crises), President Biden seemingly recognized the political cost his policies are taking on his own approval ratings and the fortunes of Democrats running for office in the fall. In response, at June’s Summit of the Americas in Los Angeles, the president took the opportunity to, once again, deceive the American public into believing that he is trying to fix the mess.

The Summit of the Americas was, in itself, a misnomer. In addition to Cuba, Venezuela and Nicaragua, three Marxist nations that were excluded from the hemispheric conference, the presidents of Mexico, Bolivia, El Salvador, Guatemala and Honduras snubbed President Biden’s invitation and decided to skip the meeting. Mexico and the so-called Northern Triangle nations of Central America are, of course, key players in the migration crisis.

The Los Angeles meeting was capped by a Declaration on Migration and Protection at the Summit of the Americas. The most notable aspect of the declaration, however, is that it made no pretense at even attempting to stem the unprecedented flow of regional migrants, or those from other parts of the world transiting through Central America and Mexico in hopes of reaching the United States. Instead, a White House statement asserted that, “The Declaration seeks to mobilize the entire region around bold actions that will transform our approach to managing migration in the Americas.”

According to the White House, the regional agreement “is organized around four key pillars: (1) stability and assistance for communities; (2) expansion of legal pathways; (3) humane migration management; and (4) coordinated emergency response.” Explicitly absent from this multilateral agreement is any mention of deterring, preventing, or interdicting massive flows of illegal migrants. The implication of the absence of any such language is that the Biden administration does not want to end the massive flow of illegal migration that was triggered by its own policies.

Under the declaration, regional partners commit to offering nominal numbers of work visas and opportunities to seek asylum to migrants transiting through their countries. However, there is little reason to believe that economic migrants (who make up the vast majority of the flow) from one impoverished country are going to be interested in enhanced job opportunities in another impoverished nation, rather than continuing on their journey to the U.S. border where they stand a good chance of being admitted under policies put in place by the Biden administration.

For his part, President Biden committed to increasing the number of “temporary” work visas available to Central American and Haitian migrants and to increase admissions of refugees (who don’t necessarily meet the legal definition of refugees). The administration also pledged to expand the president’s already abused power of parole to admit otherwise inadmissible Haitian and Cuban citizens with relatives in the United States.

The Summit of the Americas agreement followed closely on the heels of a Biden administration announcement that Spain had agreed to issue an unspecified number of work visas to Central American migrants. Additionally, Vice President Kamala Harris, who has been tasked with addressing the “root causes of migration” secured “commitments” from 10 U.S.- based corporations to invest $1.9 billion to create jobs in Guatemala, El Salvador and Honduras. While the White House ballyhooed Vice President Harris’ accomplishment – the first results of her efforts to address the root causes since she was assigned the job in March 2021 – it should be noted that there is a huge difference between a commitment and actual investment. Moreover, given the level of corruption in the target nations, there is no assurance that it will actually achieve the goal of lifting very many people out of poverty.

The Summit of the Americas declaration, along with side deals with Spain and a handful of corporations, do not amount to a serious effort to address the migration crisis the Biden administration willfully created. Rather, as the White House’s own statement attests, the aim is to manage the crisis and mitigate the political damage the president is inflicting on himself and his party (but not the damage he is inflicting on the country).