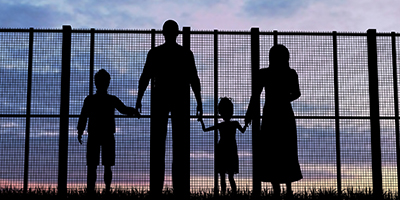 A border crisis narrowly avoided becoming a border catastrophe when Federal District Court Judge Robert R. Summerhays blocked the Biden administration’s plan to cancel Title 42, three days before it was to end on May 23. Title 42 is a public health provision that was invoked by the Trump administration at the onset of the COVID pandemic allowing Customs and Border Protection (CBP) to quickly remove illegal border-crossers from the United States. In recent months, about half of all illegal migrants were removed under Title 42, and more than 1 million migrants have been blocked from entry since the provision was implemented in March 2020.

Since taking office in January 2021, the Biden administration has either canceled or subverted just about every policy or law designed to secure our borders and enforce immigration laws. Title 42 is the last remaining mechanism under which illegal migrants have been denied entry to the country. By the Department of Homeland Security’s own reckoning, ending Title 42 would have resulted in as many as 18,000 illegal border crossings each day. April’s single month record of 234,000 border encounters, not including migrants who got away, averaged out to about 7,800 illegal crossings per day. And, in anticipation of the May 23 termination of Title 42, unprecedentedly large migrant caravans were making their way north.

The Biden administration’s initial announcement that Title 42 would end was issued in early April. The announcement resulted in an immediate lawsuit filed by Arizona, Louisiana and Missouri, arguing that the expected increased number of illegal migrants – whom the Biden administration planned to disperse around the country – would cause significant and irreparable harm to the states and communities where they settled. Subsequently, 21 additional states signed on to the lawsuit.

Though the public health threat from COVID has abated in recent months, it has not gone away. China’s largest city, Shanghai, has been under a complete and extended lockdown as part of Communist Party’s heavy-handed effort to prevent a new outbreak. Moreover, argued the states, the Centers for Disease Control (CDC) has declared the fentanyl fueled opioid crisis to be a public health emergency, much of it smuggled across the border by the same criminal cartels that control the human smuggling operations – a public health crisis that would only be exacerbated by even greater chaos at the border.

The Biden administration immediately pledged to appeal Judge Summerhays’ ruling. “As the appeal proceeds, the Department of Homeland Security will continue planning for the eventual lifting of Title 42 in light of CDC’s public health judgment,” stated White House press secretary Karine Jean-Pierre, one week into her new job. Jean-Pierre disingenuously added that after Title 42 is lifted, “anyone who attempts to enter the country unlawfully will be subject to Title 8 Expedited Removal proceedings, if they do not have grounds to remain in the United States,” knowing full-well that the proceedings would neither be expedited, nor in most cases would the illegal migrants ever be removed.

While the administration’s public position was that it would continue to pursue termination of Title 42, news reports indicate that many high level officials were breathing a sigh of relief in response to Judge Summerhays’ ruling. Faced with myriad other crises – 40-year high rates of inflation, soaring energy costs, baby formula shortages, crashing financial markets and rising interest rates, to name just a few – an even larger surge of illegal migrants pouring across the border and into communities all across the country, was the last thing the floundering administration (much less the nation) really needed. The ruling was more overtly welcomed by moderate Democrats seeking reelection, especially those serving purple states and districts.

While the administration publicly pledged to abide by the judge’s ruling, compliance is not assured. After agreeing to reinstate the Migrant Protection Protocols, the administration has failed to honor its commitment in any meaningful way. Judge Summerhays’ ruling, at least for the time being, has avoided an exponentially greater crisis at the border. But so long as other Biden policies remain in place, the nation will still be faced with the reality of a quarter of a million people pouring across the border illegally each month.