There have been a few notable figures in my life that’ve left a big impression. Richard Lamm, former governor of Colorado is one such person. One does not realize how important a person was until they are gone. Gov. Lamm passed away on July 29, just shy of his 86th birthday.

Lamm spent decades working with the Federation for American Immigration Reform (FAIR), as a member of the Board of Directors and as chair of our National Board of Advisors. Many an evening was spent in my younger days listening to conversations speculating on the future between the governor and luminaries who also served on this board, like Garrett Hardin, John Tanton and Otis Graham. The topic? The future, always.

What always stood out about Dick Lamm was his concern for the future – for the future of the nation, of the land of our people. He was endlessly pushing a vision that made us look years ahead at trends and their implications. For a national political figure, he was willing to tread on the most delicate of ground. 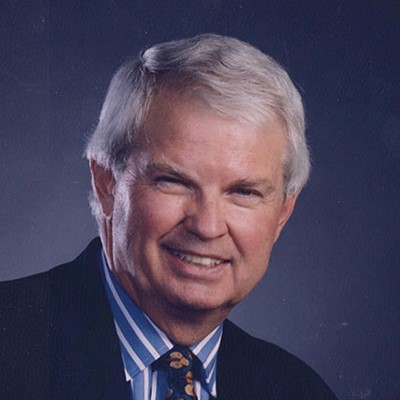 He was a Democrat. There are few Democrats like him anymore. A centrist who worked across the aisle, but a deep thinker who never shied away from controversy. As a sitting governor, he rhetorically placed himself on trial for heresy in order to defend his contention that the trends evident in 1985 could not continue. He published hypothetical speeches given decades in the future reflecting on key decisions that could have been seasonably made in time, had society only acted sooner to avert needless suffering. He warned of the devastating effects of the rapid population growth that’s stressing the planet. He called for tough decisions when most leaders refused to listen.

Much of his concern stemmed from the ethics of inter-generational equity. Today, when we hear the disparaging observations from younger millennials and Gen Z’s, we think “if only” we’d listened to Dick Lamm and his concerns over the transformation of the U.S. from the world’s biggest creditor nation to the world’s biggest debtor; how we have squandered all the advantages we were given as a people in an effort to be all things to all nations. As he exits the scene, many of the problems he flagged decades ago have become more entrenched and even more intractable; yet we were warned.

We live today in an era dominated by juvenile thinking: “no limits” as we borrow and spend without regard to tomorrow. Dick Lamm represented a conservation of resources and an awareness of practical limits, and history will treat those who had the audacity to refuse to conform to the herd mentality of today’s politics. Undoubtedly, we will look back fondly on this true visionary and leader.