Several hundred patriots turned out for a rally in Arizona, in the scorching summer heat, to protest the Biden administration’s reckless border policies that endanger migrants and American citizens alike. The June 25 rally was organized by FAIR and drew some 400 participants who traveled to the tiny border town of Hereford, Arizona, to press their demands for a restoration of order and enforcement of U.S. immigration laws. 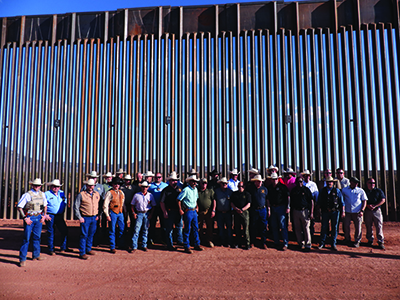 The citizens’ rally took place on a privately owned ranch, against the backdrop of miles of secure border security fencing that, since its construction, has protected the security of surrounding communities, and in front of construction equipment that has sat idle since the Biden administration abandoned construction of additional border fencing that American taxpayers have already paid for.

Sheriff Dannels, whose county includes large stretches of border where the Biden administration has halted border wall construction, noted the profound impact that the administration’s policies are having on the communities he was elected and sworn to protect. 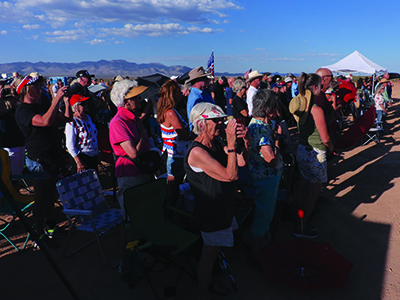 “Last year at this time, just off of my sheriff’s office virtual camera system we had 1,500 or in that area…illegal entries. This year, same time period, we have 15,300 entries,” Dannels stated. The effect, he and other local officials noted, is an upsurge in crime, drug-smuggling, and the increased presence of transnational criminal gangs.

Speakers also noted that the damage wrought by the Biden Border Crisis is not limited to border communities. Interior checkpoints on roads leading away from the border have been shuttered by the Biden administration, ensuring that illegal aliens, narcotics, and other contraband can easily flow to the interior of the country. 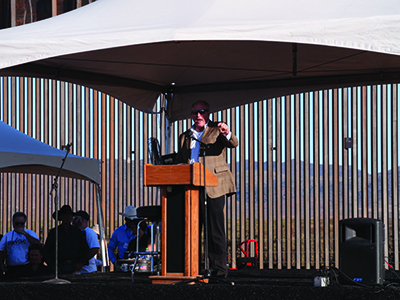 The FAIR border rally received national and local media attention (including live coverage on Fox News’ “Hannity” program). The success of the rally is also due to the dedicated activists who turned out for the event and to the Ladd family who hosted the event on their ranch.