A staggering 400,000 illegal aliens were ‘encountered’ (a nebulous new term employed by the Biden administration) entering the United States illegally in June and July. The brutally hot summer months historically result in an ebb in the number of people crossing the southern border, but under the Biden administration’s de facto open borders policies, the pace of illegal entries soared during the summer of 2021.

The Border Patrol reported 188,829 apprehensions in June – the highest June total ever recorded. Those unprecedented summer apprehension totals were quickly surpassed in July, when 212,672 people were caught entering illegally – a 13 percent increase over June’s numbers and a staggering 419 percent increase over July 2020. Even the Biden administration’s decision to maintain Title 42 – a COVID-related provision invoked by the Trump administration allowing the Border Patrol to return illegal border crossers to Mexico – did little to dampen the surge. Even accounting for the 96,000 people who were expelled under Title 42 in July, nearly 120,000 were allowed to remain. 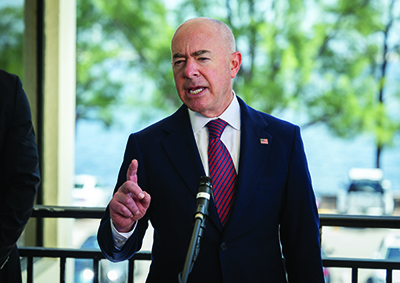 The figures reported by the Border Patrol, of course, only reflect the number of people who were ‘encountered’ or ‘apprehended.’ There were obviously many more who managed to enter undetected and even many of those removed under Title 42 may have subsequently crossed illegally.

The situation at the border became so dire over the summer that even the architect of the Biden Border Crisis, Homeland Security Secretary Alejandro Mayorkas, was caught on tape admitting that it was “unsustainable” and that “we’re going to lose.” Mayorkas, who has publicly refused to even acknowledge that we have a crisis at the border, made these admissions to Border Patrol agents during an August visit to the border region of the Rio Grande Valley in Texas.

FAIR has repeatedly called for Mayorkas’ resignation or impeachment over his refusal to honor his oath of office which requires him to safeguard the homeland. In August, Rep. Andy Biggs (R-Ariz.) filed articles of impeachment against the secretary, charging that he is “a threat to the sovereignty and security of our nation.” While the articles of impeachment are a non-starter in the Democratic-controlled House, Mayorkas’ sober admission that his own policies are unsustainable should make adherence to those policies unsustainable for the administration. 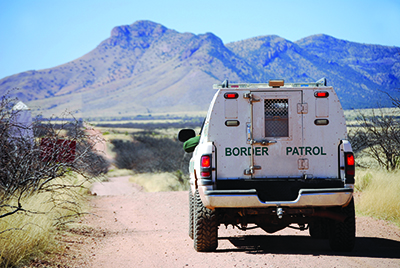 Even some of the staunchest apologists for the Biden administration’s disastrous border and immigration policies have begun to turn on the president and his chief lieutenant. In a Sunday edition editorial, the Washington Post accused the administration of having an “incoherent” border strategy and openly blamed it for the border crisis. (In fact, the situation at the border is a product of design, not incoherence. Nonetheless, the fact that the Post and others acknowledge that the policies are “politically toxic” is significant.)

The political toxicity of the Biden Border Crisis is reflected in recent public opinion polls. Polling conducted by Fox News and Morning Consult show that a majority of voters (57 percent in the Fox poll and 54 percent in the Morning Consult poll) oppose the administration’s policies. Support for the president’s immigration policies are in the low-30s. Overall, these policies are cited as a key factor in the president’s overall job approval numbers, which sunk below 50 percent for the first time in August.