`The constitutionally-mandated Census is more than just a decennial head count of people residing in the United States. In many respects it is a road map to the next ten years, determining each state’s representation in Congress, the number of electoral votes it casts in presidential elections, and its allocation of federal funds. For decades these real world consequences of the Census have been skewed by the inclusion of illegal aliens in the count.

In July, President Trump took an important step to prevent the 2020 Census from once again disenfranchising American citizens and denying them federal funds that are essential to address needs in their communities. The president’s order instructs that, while every individual living in the United States should be counted, the Department of Commerce, which oversees the Census, should use available data to identify illegal aliens and subtract those numbers from each state’s tally.

States that stand to benefit politically and financially from the inclusion of illegal aliens in their population counts, together with a massively funded coalition of immigration advocacy groups, indicated immediately that they would sue to prevent identifiable illegal aliens from being deducted for the purposes of congressional reapportionment.

The concern about including illegal aliens in the Census count for reapportioning congressional representation is not a new one to FAIR. As far back as the 1980 Census the organization attempted to prevent American citizens from losing representation and federal dollars to illegal aliens in other states. That attempt, and similar efforts in subsequent Censuses, were denied legal standing based on the courts’ determination that the plaintiffs could not demonstrate that they would be uniquely harmed by the inclusion of illegal aliens.

In his executive order, President Trump argues that while the Constitution is clear about counting everyone, it is vague about who should be counted for the purpose of reapportionment. Supreme Court decisions have supported the idea that presidents have some discretionary authority to make such determinations.

There is no dispute that the inclusion of illegal aliens in the reapportionment count have repeatedly resulted in some states gaining representation in Congress at the expense of states with smaller illegal alien populations. California is estimated to have claimed at least three seats and three Electoral College votes in the 2010 Census dues to its large illegal alien population. With the number of seats in the House of Representatives fixed at 435, one state’s gain is another state’s loss. 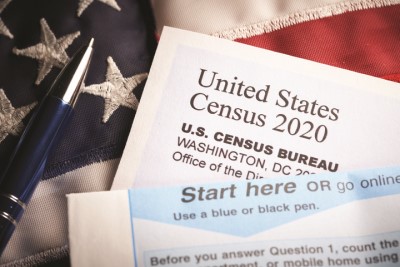 In the past, states with large illegal alien populations have been passive beneficiaries of reapportionment. However, through the proliferation of sanctuary and other policies that attract illegal aliens to certain jurisdictions, some states stand to be rewarded by essentially putting their fingers on the scale.

In addition to the president’s executive order, another challenge to including illegal aliens in the reapportionment tally is making its way through the courts. Alabama is one of the states that will almost certainly lose representation, federal funding, and electoral votes if illegal aliens are included in the reapportionment equation. A favorable ruling for Alabama would supersede the president’s order and ensure that mechanisms be put in place for future censuses that the law-abiding citizens do not lose representation and federal dollars to illegal aliens and states that encourage illegal immigration.