Recent executive actions restricting travel to the United States have likely saved American lives. During his first weeks in office in 2017, President Trump issued orders limiting entry of citizens of countries whose governments support or harbor international terrorists. That order was challenged by the open borders and mass immigration advocacy network, and the president’s action was ultimately upheld by the Supreme Court.

In January of this year, President Trump imposed entry restrictions on travelers from China in response to the COVID-19 pandemic. Two months later, he issued a similar order limiting entry of travelers from Europe. Those executive orders were aimed at checking the spread of the disease, and similar to actions taken by leaders of nations all across the globe. No one knows, of course, how many American lives were saved by these entry restrictions, but it is reasonable to assume that without them, the COVID-19 crisis in the United States would be worse than it already is. 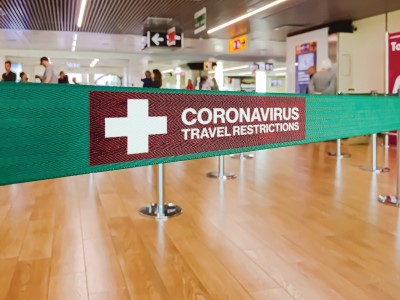 In both the efforts to combat global terrorism and a global health crisis, the president was acting within his authority under the law. Section 212(f) of the Immigration and Nationality Act states: “Whenever the President finds that the entry of any aliens or of any class of aliens into the United States would be detrimental to the interests of the United States, he may by proclamation, and for such period as he shall deem necessary, suspend the entry of all aliens or any class of aliens as immigrants or nonimmigrants, or impose on the entry of aliens any restrictions he may deem to be appropriate.”

Notwithstanding the fact that President Trump invoked this authority precisely in the manner in which the law intended, House Democrats acted in June to strip him of the power to act expeditiously in response to a national security threat. In a politically inspired party line vote, 233-183, the Democratic controlled House approved the National Origin-Based Antidiscrimination for Nonimmigrants (NO BAN) Act.

The House’s action was delayed by three months, in what was a tacit admission that the existing law is essential to protecting public health and safety. Initially House Democrats staged the vote for the NO BAN Act in March, at the onset of the coronavirus health crisis in the United States. On the same day in March that the House debated the NO BAN Act, President Trump issued a similar temporary suspension on travel from Europe, citing the continent’s rapid growth of coronavirus cases. Later on that same day, the Democrats quietly pulled the NO BAN Act from consideration.

Without the 212(f) authority that the House voted to remove, the Executive Branch would be helpless to act in a national emergency. The need for presidents to respond in real time to real threats was pointedly articulated by then-Circuit Court Judge, now Supreme Court Justice Ruth Bader-Ginsburg in a 1986 case in which she sided with the Reagan administration’s use of this authority. But leaving the president and the public helpless in such circumstances is precisely what the NO BAN Act would do.

In essence, the NO BAN Act amounts to a political effort on the part of House Democrats to curb abuses of 212(f) powers that do not exist, while leaving the nation vulnerable to national security and health threats that do exist. The bill will die in the Senate – because it is blatantly political and unnecessary – but it poses a dangerous challenge to what has heretofore been a bipartisan consensus that presidents should have the flexibility to act quickly to prevent dangerous people or diseases from entering the country, and that we should always err on the side of caution.