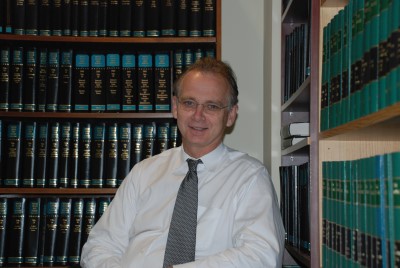 Mike Hethmon was a long-time attorney with the Immigration Reform Law Institute (IRLI), an affiliate of the Federation for American Immigration Reform (FAIR). Mike and his girlfriend were tragically killed in a car crash on July 25, at the hands of a criminally negligent driver.

Mike’s sudden death is a blow for the cause of true immigration reform. For those of us who worked with him for years at FAIR and IRLI, the tragedy is personal and deeply painful. Mike, had been a dedicated and determined fixture around here going on 25 years, and was due to retire at the end of this year.

Mike was committed to the cause of true immigration reform to the extreme. His strength was in seeking creative opportunities to shake up the status quo, to develop innovative litigation strategies, often framed by state legislative proposals he’d help craft. These strategies served to defend the traditional role that states have played in ensuring their policies aid and promote federal immigration enforcement priorities. Arizona’s SB 1070 law would not have happened without his involvement, to be sure. His determined defense of the American worker was legendary.

That innovative work gave new hope to FAIR’s ability to litigate in defense of citizens’ rights. His efforts, begun so long ago, seem poignant now, in light of the radical left’s determination to erect a permanent wall between the states and the Federal Government, and to render immigration law unenforceable.

Such is the unthinkable unfairness of life that he finally had plans to move with his girlfriend to Tennessee at the beginning of 2021 and begin a longawaited retirement.

Mike, of course, was more than just a top notch lawyer. To those of us at FAIR and IRLI he was a dear colleague and a cherished friend who will be missed. Mike was also a father and a brother. Our hearts go out to his three children and his two brothers as they deal with this unimaginable personal loss.