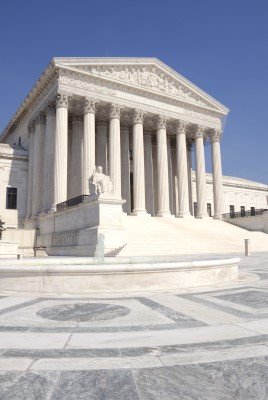 From the perspective of the mass immigration/ open-borders lobby, there is a huge problem with the Trump administration’s Migrant Protection Protocols (MPP), commonly known as “Remain in Mexico”: They work! Since peaking last May at 144,000, border

apprehensions and illegal border crossings have declined dramatically, owing to MPP and other policies implemented to discourage people from exploiting our asylum policies and court-imposed limits on family detention.

As usual, border chaos proponents went to court in an attempt to prevent the government from carrying out MPP, which requires migrants seeking asylum in the U.S. to remain in Mexico until their claims can be heard. As per their longstanding strategy,

these advocacy groups, led by the American Civil Liberties Union (ACLU), found sympathetic judges to block implementation of MPP. These judicial rulings were upheld by the activist (and oft-overturned) Ninth Circuit Court of Appeals.

The Department of Justice (DOJ) immediately appealed the Ninth Circuit’s ruling, and on March 11, the U.S. Supreme Court reversed the appellate court’s ruling. The unsigned one-paragraph Supreme Court order cleared the way for MPP to be fully implemented. It is also not clear how each individual justice ruled, other than Sonia Sotomayor who expressed her dissent.

The MPP ruling is the latest in a series of judicial wins for the Trump administration’s efforts to enforce immigration laws and protect the interests and security of the nation. In January, the Supreme Court similarly cleared the way for the administration to implement policies aimed at preventing people who are likely to become public charges from immigrating.

The stampede of mostly Central Americans during the first half of 2019 was fueled by the near certainty that entering the U.S. illegally and entering an asylum claim would result in release into the United States, pending a hearing that most had no intention of showing up for. The vast majority of asylum claims being entered lacked merit, but once released into the country, it becomes much more difficult to locate and deport these migrants.

Under MPP, some 60,000 migrants have been returned to Mexico, and many of those who lacked valid asylum claims have decided to return to their homelands. Moreover, knowing that they would not be released into the interior of the United States, many fewer migrants are attempting to exploit our asylum policies.

Nearly half a million migrants who crossed the southern border in FY 2019, were released into the United States. Without MPP in place, it is a near certainty that a renewed surge would further paralyze the already overwhelmed immigration courts.

MPP and an administration policy requiring migrants to seek asylum in the first safe country they come to, i.e. one that puts them beyond the reach of the government they claim is persecuting them, are stop gap measures for restoring order to the border. They can be reversed by a future administration that abjures immigration enforcement.

FAIR has advocated for congressional action to close loopholes in our asylum laws that will protect the rights of legitimate asylum seekers, and deter those who would abuse our humanitarian policies to gain entry to the United States under false pretenses. FAIR has also urged Congress to overrule a 2015 judicial decision that bars the detention of families with children from being detained for more than 20 days.

Both of these essential statutory changes are essential to curb future asylum abuse and border surges. In the current highly partisan atmosphere in Washington, and with a hotly contested election looming, bipartisan cooperation is highly unlikely this year. However, these legislative fixes will remain a high priority for FAIR beyond 2020.