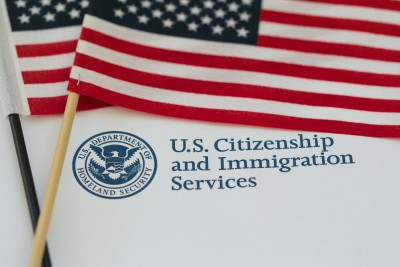 Countless lives have been unnecessarily lost and countless avoidable crimes have been perpetrated because of sanctuary policies in place in an estimated 562 jurisdictions around the country. Politicians in these jurisdictions seem unmoved by the needless suffering imposed by their defiance and obstruction of immigration enforcement. What they do seem to care about is federal dollars flowing to their states, counties, and cities.

Now, some of those federal funds may be at risk owing to a ruling by the Second Circuit Court of Appeals, which is based in New York City. In late February, the Second Circuit ruled that the U.S. Department of Justice (DOJ) can deny federal grant funds to cities, counties and states that impede federal immigration enforcement through sanctuary policies.

The appellate court ruling was handed down in response to a legal challenge brought by seven states, Connecticut, Massachusetts, New Jersey, New York, Rhode Island, Virginia, and Washington, as well New York City, which stood to lose federal law enforcement grants as a result of their policies that protect criminal aliens.

In July 2017, then-US Attorney General Jeff Sessions required applicants for Byrne-JAG grants to certify they met three conditions in order to be considered for funding: 1) compliance with the federal statute that requires information-sharing with immigration authorities (the “certification condition”); 2) that they notify federal authorities on request of the scheduled release dates of aliens in their custody (the “notice condition”); and 3) that they allow federal authorities access to aliens in their custody (the “access condition”). The Byrne-JAG grant program provides federal funds to states and local governments to use in law enforcement, and is administered by DOJ. In November 2018, US District Judge Edgardo Ramos declared the DOJ conditions invalid and granted an injunction blocking DOJ from requiring the conditions, and ordered the funds to be released to the plaintiffs. The DOJ appealed. In a unanimous opinion the Second Circuit held:

In the opinion, Judge Reena Raggi, who was appointed by President George W. Bush, noted that, “there is something disquieting in the idea of States and localities seeking federal funds to enforce their own laws while themselves hampering the enforcement of federal laws, or worse, violating those laws.” Judges Ralph Winter, a Reagan appointee, and Jose Cabranes, a Clinton appointee, joined the opinion without dissent.

The Second Circuit Court ruling, which differs from other circuit court rulings on the matter, means that the case will likely have to be resolved by the Supreme Court. Again, most of the legal wrangling could be short circuited by congressional action. Congress outlawed sanctuary policies in 1996 and has unquestioned authority to withhold federal funding to scofflaw jurisdictions.